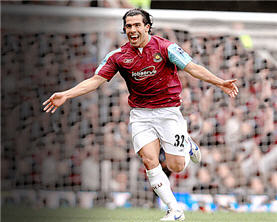 Online restaurant reservation site OpenTable (trading as OPEN) has stunned the market with the best IPO performance of any company since 2007 (Orion Energy Systems), reaping a 59 percent gain with share prices closing at $31.89 on the Nasdaq — a staggering upsell from its anticipated $20.

The stock spiraled as high as $35.50, a 78 percent gain, as market analysts watched, both concerned that it was overstepping its bounds and positing that the small size of the offering was buttressing its price. Only 3 million shares were sold. In its success, OpenTable defied the economic downturn — not only the recently frozen IPO market, but also a dip in business from its core customerbase: restaurants.

So far, the San Francisco company seems relatively untouched by its reported 10 to 15 percent drop in reservations between 2007 and 2008. The recession has eaten into consumers’ dining budgets and restaurants are clearly feeling the pinch. As mentioned in previous articles, the main reason OpenTable was even poised for an IPO is its consistent revenue stream from restaurants, which pay for the installation of its software system and monthly subscription fees. But the downturn cuts both ways. The site says more restaurants are actually signing up these days, viewing the service as a convenience that could lure more customers. Overall, OpenTable’s revenue rose 36 percent in 2008 (despite a net loss), and 21 percent in the first quarter of 2009 (bringing it back to black).

Still, many analysts are wary about the company’s soaring IPO — especially considering how closely tied the company’s business is to the economy’s performance. Some have said that the sale is reminiscent of the wild spending seen last during the dot-com boom, and that haste will come back to bite exubrant buyers. Opponents of this view point to the 11-year-old company’s survival during the last melee, and to the fact that its $700 million stock market value (12.5 times its sales) does not reach boom-style heights. Still others say the long IPO drought whetted people’s appetites to an unhealthy and unwise degree, essentially that the market should walk before it runs.

Could it be indicative that several of the company’s top investors unloaded their shares completely as part of the offering? Pacific Asset Partners, Venture Frogs Fund and W Capital Partners all sold their stakes. Time will tell. But for now its worth celebrating some movement in what has been a cold, unforgiving market for far too long. The IPO follows hot on the heels of SolarWinds’ successful offering, which saw a 10 percent gain.