Stephen Larson wants to create the world’s first digital organism, and he starting simple — with a worm. Larson has launched a Kickstarter crowdfunding campaign to raise money to create OpenWorm as part of an effort to accelerate our understanding of the human brain.

If his team succeeds, he says, artificial intelligence will move forward and possibly even provide clues to brain diseases like Alzheimer’s and Parkinson’s. Those who support the project will get a digital copy of the worm, dubbed WormSim, to put on their browser.

The idea is to create an interactive worm based on its real biology. Larson’s team is also creating something called the OpenWorm Academy, where contributors to its Kickstarter campaign can glean their rewards in the form of an online course in digital biology. The course will also give participants “a behind-the-scenes look at OpenWorm,” according to the program’s Kickstarter page.

Backers will be able to modify the code for the worm as they wish in a quest to create an artificial sentient life. Once you get the 3D-animated WormSim, you can inspect the model and try to figure out what makes it tick. Each cell lights up and reveals its activity. You can click on parts like its muscles and interact with it in a 3D environment.

Larson notes that scientists don’t fully understand the brain of a simple creature like a C. Elegans worm, a microscopic worm that has just 1,000 cells.

“If we can’t build a computer model of a worm, the most studied organism in all of biology, we don’t stand a chance at understanding something as complex as the human brain,” he said. “OpenWorm gives the world front row access to the cutting edge of digital biology.” 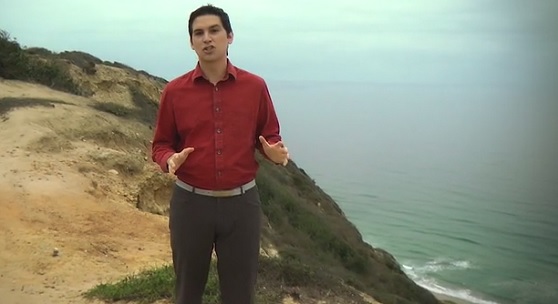 Back in 2011, Larson got the idea from watching Star Trek: The Next Generation, which featured Lt. Commander Data, an artificial intelligence officer. He thought that scientists would be able to create Data by starting out with a worm. A bunch of other academics liked the idea, and they created an open science project.

So far, the project has raised $27,156 from 312 backers. It still has 19 days to go in a campaign aimed at raising $120,000. They’re raising the money for core engineering, administration, and educational outreach. They want to build a better, more accurate version of the worm.

While Larson is in San Diego, Calif., his team is spread across the world. The team includes John White, Matteo Cantarelli, Giovanni Idili, Sergey Khayrulin,  Andrey Palyanov, and Balasz Szigeti.