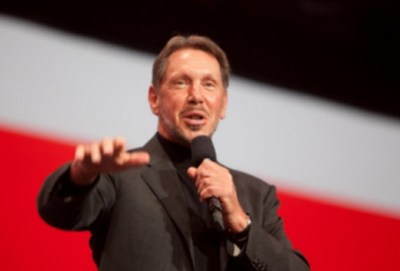 Piracy doesn’t pay. That’s a lesson for SAP. Oracle has won a $1.3 billion jury verdict against SAP, the world’s largest maker of business software, in a copyright infringement lawsuit.

The jury awarded the damages because the evidence showed that SAP’s U.S.-based business unit made hundreds of thousands of illegal downloads and several thousand copies of Oracle’s software with the goal of avoiding license fees and stealing customers. SAP essentially admitted that the allegations were true and offered to pay Oracle $40 million.

“We are, of course, disappointed by this verdict and will pursue all available options, including post-trial motions and appeal if necessary,” said SAP spokesman Bill Wohl in a comment to Bloomberg. “This will unfortunately be a prolonged process, and we continue to hope that the matter can be resolved appropriately without more years of litigation.”

The verdict in the civil case isn’t a shocker. But the amount sure is. Bloomberg says it is the largest award ever for copyright infringement and the largest U.S. jury award of any kind for 2010. It amounts to SAP’s expected net income for the fourth quarter. SAP has only set aside $160 million for the litigation. But it’s still possible that higher courts will reduce the amount of the verdict.

The trial drew attention because Oracle CEO Larry Ellison slammed the new CEO of Hewlett-Packard, Leo Apotheker, for his role in managing SAP subsidiary TomorrowNow. Oracle lawyers tried to get Apotheker to testify live in court, but they couldn’t locate him via subpoena servers.

The verdict, which came after one day of deliberations, is the biggest ever for copyright infringement and the largest U.S. jury award of 2010, according to Bloomberg data. The award is about equal to SAP’s forecasted net income for the fourth quarter, excluding some costs, according to the average estimate of analysts surveyed by Bloomberg.

SAP acquired the TomorrowNow division in 2005. The division was set up to offer tech support to customers of companies that were acquired by Oracle. The goal was to lure those customers to buy products from SAP. But TomorrowNow had a program to automate the downloading of the software from Oracle’s customer-service web sites. The award amount was based on the fair market value of the license SAP should have taken out with Oracle, according to the jury foreman, who refused to give his name to Bloomberg.

SAP paid just $10 million for the 30-employee TomorrowNow. It turns out the deal was a lot more expensive than that.