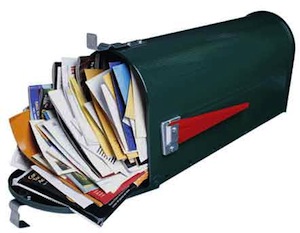 OtherInbox, an Austin startup that promises to reduce the clutter in email inboxes, just announced that more than 1 million users have signed up for its service.

While that isn’t quite the same as having 1 million people actively using the service, it seems safe to say that the company is seeing strong momentum. Back in September, when OtherInbox raised a $1.5 million round of funding, I wondered if it might be overshadowed by the new Gmail Priority Inbox — both services separate a user’s email into more- and less-important inboxes.

At the time, founder and chief executive Joshua Baer offered a straightforward explanation of the difference between the two services: “Your Priority Inbox keeps the emails you really want at the top. Organizer keeps the automated emails out of your Inbox altogether.” The company’s user base has more than doubled in a year, so it seems that the argument was persuasive. (Plus, OtherInbox isn’t limited to Gmail — it also works with Yahoo Mail and will soon launch with AOL’s Phoenix product.)

As for making money, the company recently added advertising to its Daily Digest emails, which summarize all the emails that have been shunted to users’ other inboxes. OtherInbox also says it can sell anonymized data about user trends. Investors include Dave McClure, Naval Ravikant, and law firm Wilson Sonsini Goodrich & Rosati.