The Talking Friends have taken yet another step toward the entertainment industry. Last week, mobile gaming company Outfit7 announced a signed deal with talent agency William Morris Entertainment. Now, they have partnered with Beanstalk, the licensing agency behind brands like Mr. Clean, Jack Daniel’s, Ford Motor Co., AT&T and more.

Beanstalk plans to launch a global licensing program for Outfit7 that will include toys, games, books and other goods tailored to children of various age groups. Products will engage children in speech, motor skill and sensory experiences as well as upper-level elements such as reading, writing and music. 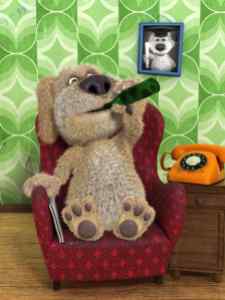 Some of Outfit7’s key demographics may be surprising. Children aged two through eight as well as tweens are obvious targets, but also included are teens and adults – two demographics that the company already engages, according to chief marketing officer Paul Baldwin. Outfit7 has previously stated its desire to become, like Pixar, a company “for all ages.” It’s even planning products in markets like home décor that could attract older audiences. Enough college dorm rooms have a Spongebob Squarepants plushie for me to believe there is money to be made in older demographics.

Beanstalk CEO Michael Stone takes a lot of interest in the evolution of apps as well as large-scale entertainment. “While video games, digital and online properties have a long history of brand extensions and licensing, we are just witnessing the tip of the iceberg for app-brand licensing.  This is the new frontier of licensing and we are delighted to be a part of it.”

Even Outfit7 employees have had experience taking video games to Hollywood. Baldwin cited his role in acquiring an agent for the Lara Croft video game character, which helped launch the digital dame into a key role for Angelina Jolie.

Outfit7 currently has 11 Talking Friends with 135 million downloads since July 2010. CEO Andrej Nabergoj is a speaker at GamesBeat.