After a healthy recalibration in 2016 — public markets bouncing back, valuations corrected, exit market improved — entrepreneurs and executives seem to have a more realistic outlook for 2017.

However, as the U.S. transitions under a new administration, startup sentiments are unclear. “We did recognize some uncertainty in the responses from what is historically an optimistic group,” stated a report published today by Silicon Valley Bank (SVB).

Key findings include startups being more reliant on VC money, M&A deals expected to rise, and women still being underrepresented in Silicon Valley.

VC money is here to stay

The uncertainty doesn’t seem to affect startups’ faith in venture capital, however — 51 percent of private companies that have recently raised funds said it is likely VC will be their next source of funding. This is despite fewer early-stage fundings by VCs in 2016, the report stated. Corporate investment takes second place, narrowly surpassing private equity (by 3 percent) as the expected source of funding. 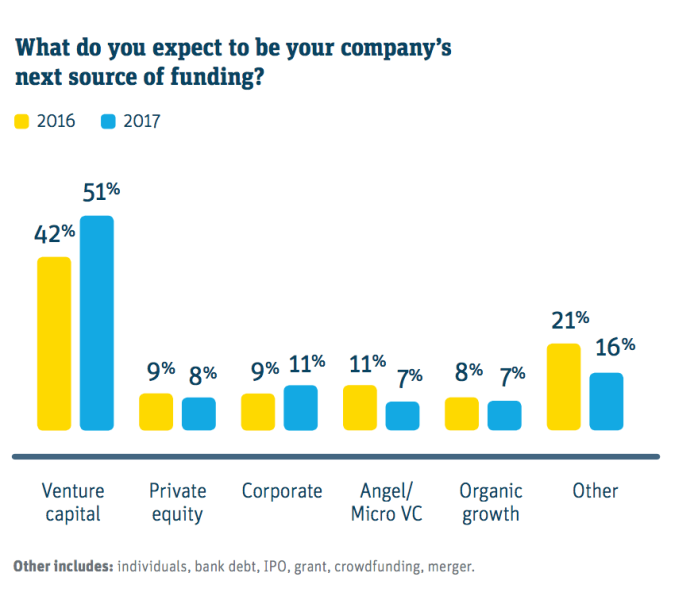 Despite the hype around initial public offerings (IPOs), 53 percent of startups view mergers and acquisitions (M&A) as a more realistic exit strategy. This vote of confidence will likely lead to more M&A deals in 2017 — half of the startups pooled in the report (941 in total) expect more acquisitions this year, a notable increase compared to 41 percent a year ago.

“One of the more interesting M&A trends is the increased appetite of acquirers outside the technology sector, creating additional opportunities for startups,” the report stated.

This seems to apply to many sectors, including cybersecurity. Sean Cunningham, managing partner at Trident Capital Cybersecurity, expects his portfolio companies to be acquired rather than go public. 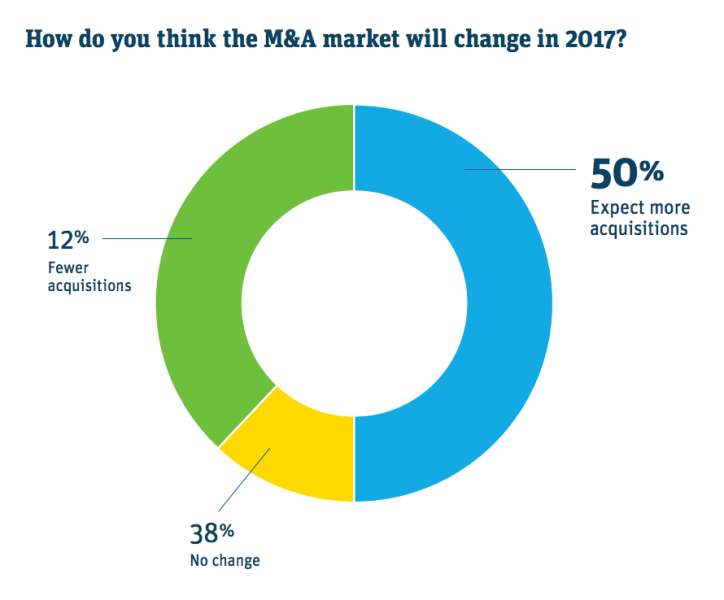 Where are the women?

Meanwhile, many startups continue to look a lot like the rest of Silicon Valley when it comes to gender inequality. In fact, the situation has gotten worse: 70 percent of startups say they have no women on their boards, up 4 percent from last year. And more than half — 54 percent — state they have no women in executive positions. 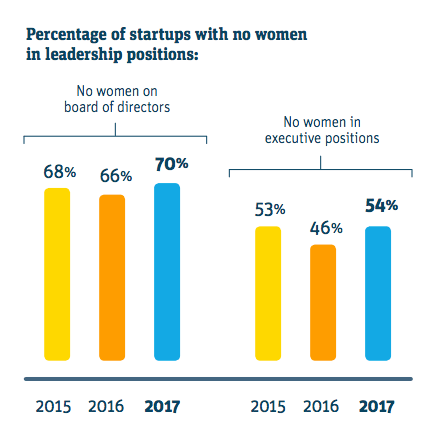 For now, only one quarter of the startups report having programs in place to increase the number of women in leadership roles. But Greg Becker, president and CEO of Silicon Valley Bank, is hopeful.

“Through our simple research on this topic and the organizations we are involved with that encourage women and girls in tech fields, we’re finding this is a topic that people want to tackle, and more importantly, it’s not only women that are engaged in the discussion,” he wrote in an email to VentureBeat.