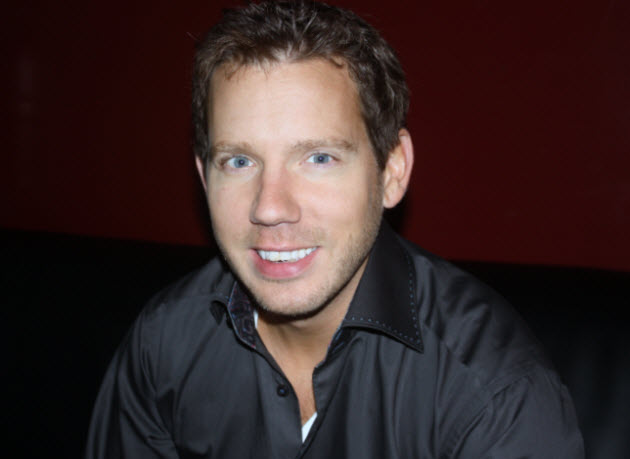 Violent video games have horrified some parents and politicians. But to Cliff “CliffyB” Bleszinski, they’re a platform for comedy. Bleszinski is the design director for game development firm Epic Games, whose games have sold millions of copies over a couple of decades. 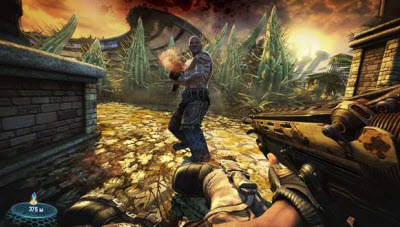 He’s one of the colorful characters of the game industry, and his personality is evident in the games made by Cary, N.C.-based Epic, which typically features over-the-top violence. I consider Bleszinski’s masterpieces, the Gears of War games, to be some of the best and most intense games ever created. But they are extremely violent. I talked to Bleszinski on Wednesday in San Francisco at an event staged by Electronic Arts to show off upcoming titles. Among them was Epic’s Bulletstorm, which EA will publish next March. I can only describe Bulletstorm as a comedy of violence. It’s not sad violence, but cartoon violence.

Bulletstorm is like Gears of War meets Duke Nukem. Or, for those of you who don’t know video game lore, it’s like Clint Eastwood’s Dirty Harry and his .357 Magnum gun being cast among the cute and cuddly characters of Bambi. In Bulletstorm, you carry a few big guns and everyone else is cannon fodder. They’re like the stage upon which you perform your tricks, earning extra points for a particularly elegant kill. If you can drag someone toward you with a leash, kick them flying in slow motion, and then decapitate them with nicely aimed shot, you can rack up achievement points. You get extra points for shooting a guy “in the junk.” This is Bleszinski’s idea of a great time.

I sat down with Bleszinski to talk about video game violence and how Epic’s game, developed by its People Can Fly studio, should be understood by people who don’t play video games and may sympathize with the notion that kids have to be protected from games. Bleszinski clearly doesn’t agree with that, and so he talked about his reaction to concerns about violence and the recent Supreme Court hearing about the California law banning the sale of ultra-violent video games, such as Bulletstorm, to minors. Check out our video of our talk below.