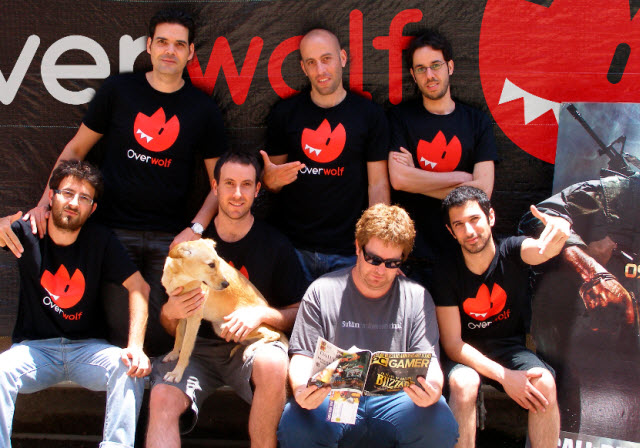 Overwolf is announcing the beta version of its social gaming client for overlaying social media on top of existing online games.

The Overwolf Client is visible to gamers while they’re playing their favorite multiplayer online games. As such, it’s a convenient way for gamers to share their own achievements within their favorite games while they’re still playing. The company will have a lot of competition, but it’s at the forefront of a trend toward the socialization of all games. 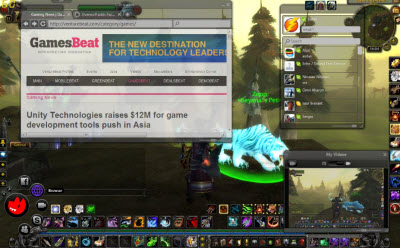 The overlay adds the ability to access Facebook, Twitter, Skype, MSN, web browsers, and game-play recording — all without requiring a gamer to exit the game he or she is playing.

Game publishers can add the functionality Overwolf without touching a line of code in their games.

“Publishers are looking for ways to ignite the viral potential of online games, but integration has been difficult, especially with all of the demands of operating live titles,” said Uri Marchand, chief executive of Overwolf.

He added, “While some companies are rebooting to try and hit this level of social functionality and user experience, we’re built that way from the ground up and it’s obvious the market is interested since we’re signing on new companies weekly now.”

Overwolf has a number of launch partners that will have their own branded versions of the service. Partners include Frogster Online Gaming, Games-Masters and GameCrush.

Dan Ullrich, chief marketing officer at Frogster, said the system is a way to link the company’s online games with multiple social platforms. Players can keep in touch with fellow guild members, post screenshots or videos, search databases for new items or check their game account settings while still in the game.

Overwolf has tested the client with 4,000 beta testers already.

The Tel Aviv-based company was founded in 2010, has seven employees and is funded by Israeli angels such as Yossi Vardi. The company has raised $940,000.

Rivals include games that incorporate social features on their own, such as Trion Worlds’ Rift game. Other rivals include Xfire, Valve’s Steam, PlayXpert and Raptr. Overwolf believes it has created a better experience and feature set for users. You simply use your mouse to hover over an area to activate the social media overlay.