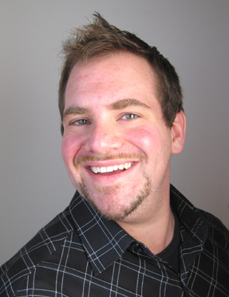 [Update: The new Valleywag is Ryan Tate. More on Gawker. Thomas will be the managing editor of a new NBC local site, Beet.tv details.]

Long-time reporter and feared Silicon Valley gossip blogger Owen Thomas is moving from his home at the Gawker media site to lead a half-dozen team of bloggers at a local Bay Area NBC blogging network of some sort, I’ve confirmed based on TechCrunch’s earlier story.

Thomas has been covering technology news and people for the past decade at publications including Suck.com and Business 2.0, where he was “Chief of Reporters” before becoming editor of gossip Valleywag in 2007.

“Owen has a reputation as a fearsome gossip writer. What’s less known is his penchant for management. It sounds like this NBC job will give him the responsibility he’s been craving — and take him out of the Valleywag firing line!” Gawker founder and owner Nick Denton says.

What about the new so-called Vallywag? “We’re replacing him internally. More on that later.”

Owen Thomas, for his part, can’t comment at this time.