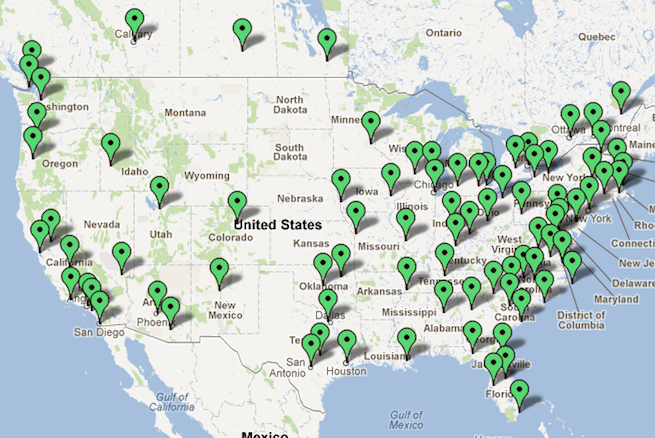 PadMapper takes data on apartments for rent from a number of sources and displays search results visually. People can search by area, number of bedroom and bathrooms, price range, and whether the vacancy is a full lease, a sublet or a room to share. These results are then displayed as pin-drops over a Google Map so you can see just where you are in your requested location. A good number of these results came from Craigslist, which is now known to be a hub for apartment hunters.

“It still seems somewhat dickish to go against their wishes in this,” said DeMenthon in a blog post. “But then I did some back of the envelope estimates of how much of people’s time and effort it would waste if I didn’t, and it became clear how much less nice it is to waste the time of millions of apartment hunters out of stubbornness or some clearly inaccurate assumption about the will of the community.”

The company was cut off from using Craigslist’s data in June after the online classifieds company said PadMapper was violating its terms of service. That is, Craigslist specifically says it doesn’t allow, “Copying, aggregation, display, distribution, performance, or derivative use of Craigslist or any content posted on Craigslist.” The “legally kosher” work around stems from the fact that PadMapper will no longer be tapping into Craigslist’s servers to get the data. Instead it will be using an API supplied by 3taps, which gathers Craigslist’s data “via indirect means.”

After the disappointing cut off of data, DeMenthon turned to his own for-rent listing site PadLister as a source for listings. His intention was to have small-time landlords and subletters directly post their vacancies to the website, though it seems DeMenthon realized Craigslist really is the goldmine. PadLister seemingly hasn’t gone away, however, and the website does have other nice perks such as syndication to varying rental websites other than PadMapper.