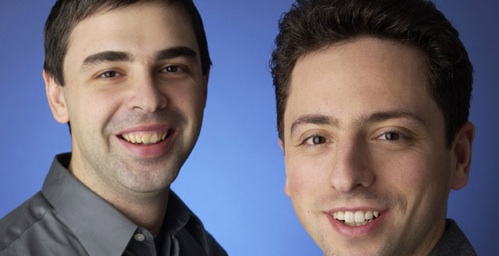 You need look no further than Google’s stock price in after-hours trading right now to know how its earnings report was: the stock is up nearly $80-a-share, a surge of over 17 percent. The stock is back near the $530 level, a place it hasn’t been since mid-February. Google is once again Silicon Valley’s most valuable company, overtaking Cisco. Google founders Larry Page and Sergey Brin are out of the “poor house.” Suffice to say, Google hit a homerun.

The entire industry had been looking to Google’s earnings to know just how much or how little the overall economic downturn would have an effect. For today at least, there are a few reasons to smile.

So what are those reasons? First and foremost, profit climbed 30 percent year-over-year. Revenue was up 42 percent during the same period. These both beat analyst expectations.

But there is also another story as well. Paid-click growth — namely, the increase in clicks on Google ads — which had many analysts and speculators fearing the worst a few days ago (and several times over the past several months), was not as bad as expected. “Paid-click growth is much higher than has been speculated by third parties,” Google chief executive Eric Schmidt said during the earnings conference call.

Perhaps more important was Schmidt follow-up comment that Google is “showing fewer, but much better ads in each cycle.” This speaks to the Google’s changes made over the past year to improve the quality of its ads and raise the price-per-click rates. We’ve talked about this multiple times (try here, here, here and most prominently here) as a reason why actual paid-click numbers may mean less than everyone thinks.

Bigger picture: While numbers are no-doubt slowing down for Google within the U.S., it is not as bad as was expected. Further, international growth has more than made up the difference. The company is still very strong. Hence the $80 surge in its stock price. “It’s clear to us that we’re well positioned in 2008 and beyond regardless of the business environment,” Eric Schmidt said.

On top of that, there were a few notable comments during the call. Sergey Brin noted that Google was very happy with the results of wireless spectrum auction (our coverage). Larry Page said that YouTube was now seeing 10 hours of video uploaded every minute. Yahoo only came up during the Q&A session at the end of the call, to which Google would only say that it was nice to be working with Yahoo, but would not speculate on where the partnership would go (our coverage).

Some other 1Q highlights from Google’s official press release: