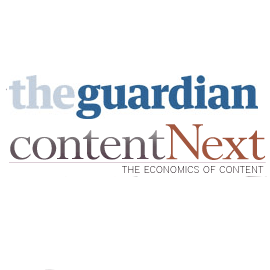 Guardian Media Group, which is best known for publishing British newspaper The Guardian, wants to sell its ContentNext group of publications, reports AllThingsD.

The sale would comprise all the publications within ContentNext Media umbrella, which includes PaidContent.org (as well as a U.K. spin-off), MocoNews.net and India-based ContentSutra.com.

Guardian Media is reportedly seeking $15 million to $20 million for the group of publications and affiliated conferences, according to AllThingsD’s report, which cites people familiar with the sale. At that price, Guardian Media would be able to recuperate a portion of the expenses it made since purchasing the company about three years ago for $12.5 million.

The sale comes as Guardian Media looks for ways to cut costs and stay profitable. It’s certainly no secret that many large media companies have been looking for ways to shave costs in the face of a difficult digital transition.

Founded in 2002 by journalist Rafat Ali, the ContentNext’s news sites chronicle the economic evolution of digital content that is shaping the future of the media, information and entertainment industries. Ali left the company in 2010 to pursue other interests.