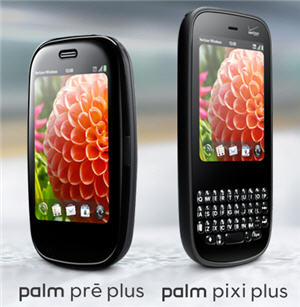 Palm’s Pre, an impressive phone with a hidden QWERTY keyboard, and the slim Pixi, have failed to set the world on fire the way that Verizon’s Motorola-built Droid and the HTC-made Google Nexus One have. Both phones will be available from Verizon on Jan. 25.

This is Palm’s chance to catch up. But hands-on reviewers aren’t treating these phones like major upgrades.

Palm has tech specs and photos up at Palm.com already, but Gizmodo zeroed in on exactly what’s changed between the original and Plus versions of both phones.

The additions are nice, but they feel more like incremental updates to than “Plus” features. Wi-Fi, 32 megs, and custom cases are pretty much standard stuff. The charger pad is cool. But I can’t tell: Will it sell phones?