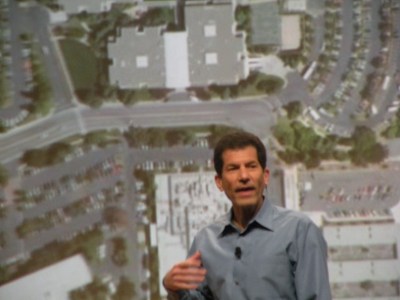 As Palm introduced the new Palm Pre phone and the Palm Web OS platform today at the CES conference in Las Vegas, its executives told the story of how they hatched the plot to save the company.

Jon Rubinstein (left), the former Apple executive who spearheaded the iPod development, had retired from Apple and was living at a beachside home in Mexico. A couple of years ago, he got a call from both Roger McNamee and Fred Anderson of Elevation Partners. They told him about a big opportunity for a turnaround at Palm and introduced him to Ed Colligan, chief executive and president of Palm (pictured on stage with Rubinstein below).

Colligan went down to visit Rubinstein and the two men contemplated the future on the beach. They thought about how they could help the company recover the entrepreneurial spirit that gave birth to the Palm Pilot — the first successful personal digital assistant — and the Palm Treo, the first real smart phone. Palm had hit upon hard times and was in danger of being surpassed by others, including Apple. 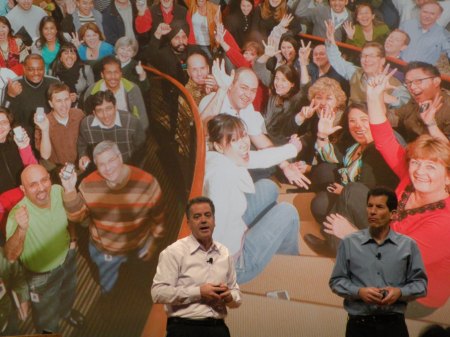 “I was a pretty happy guy down in Mexico,” Rubinstein said.

Rubinstein was tempted to stay on the beach rather than try something that might have been called “muy loco.” But Rubinstein liked both the business challenge that confronted Palm and the technical challenge of dealing with all of the applications that were being bolted onto the cell phone. Digital devices were also multiplying so fast that tech lovers — such as McNamee — were strapping so many gadgets on their belts that they “were starting to look like Batman,” Rubinstein said.

Rubinstein joined as executive chairman and Elevation Partners bought 25 percent of the company for $325 million. They recruited an engineering team that would rethink mobile applications. The task was to deal with new applications, from instant messenger to SMS text messages to social networks. In the past, applications on phones were like files in filing cabinets. You pulled them out, looked at them, and then put them away again before pulling out another file. No one ever integrated all of the data in the separate applications so that a user could look at them all at once. 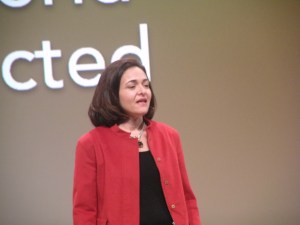 Rubinstein said that the opportunity lay in synching all of that data so that the pictures you had in your Facebook profile of all of your friends could be linked to the contact information in your Outlook application. Rubinstein said that the company created a new platform from the ground up to do this in the form of the Palm Web OS, which is based on a variety of open standards. The older Palm OS was a built in an era before the web invaded the mobile phone’s turf.

That is the thinking that brought Palm to the launch of its new products today. Sprint, which also bet big on the Palm Centro low-end smart phone, is going to be the first cell phone provider to launch the new Palm Pre in the first half of 2009. Palm may have a tough quarter or two before that happens, but as long as there’s something new coming, people won’t write off the company, says Peter Glaskowsky, an analyst with the Envisioneering Group and blogger for CNET.

A bunch of partners, from Pandora to Facebook, believe that Palm has a fighting chance and are porting their applications to the new OS. Sheryl Sandberg, chief operating officer of Facebook, made a guest appearance at the event to tout the Facebook integration with Pre. That’s going to be essential for user acceptance, since other platforms such as Apple, Microsoft Windows Mobile, Nokia’s Symbian, and Google’s Android also have a lot of developer support. I sat with some of the folks at Elevation Partners, which has increased its investment in Palm even as Palm pared back its workforce last year. They seemed to breathe a sigh of relief and were excited about the announcement. But for Palm, this is just the necessary first step in a turnaround. The recession looms, as does the competition with the iPhone. It may be a while before Rubinstein earns his next stint on that beach in Mexico.