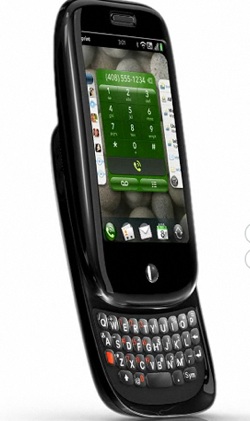 After much public speculation about the release date and pricing of the Pre (Palm’s answer to the iPhone), Sprint announced today that it will start selling the device on June 6, with a price of $199.99 (basically equivalent to the cheapest iPhone), if you make a two-year service commitment and after you receive the rebate.

Both smartphone maker Palm and mobile carrier Sprint have been struggling recently — with Palm’s sales falling below expectations and Sprint planning to cut 8,000 jobs — and both are hoping the Pre will change their fortunes. The sleek new device and revamped operating system have been getting positive notices, as highlighted on Sprint’s product page for the Pre. Elevation Partners’ Roger MacNamee, a major Palm investor, has even predicted that the first wave of iPhone owners will switch to Pres as soon as their contracts expire on June 29. (Folks like me who bought the iPhone 3G will have to wait another year until our contracts are up.)

Which brings us to timing. The launch comes just two days before the start of Apple’s Worldwide Developers Conference, an event that always sparks plenty of its own speculation, especially this year, since chief executive Steve Jobs won’t be giving the keynote. On the Apple side, the question is whether the company will unveil a new iPhone or family of iPhones without Jobs, or if it will instead hold a separate event after his projected return in late June. I suppose Palm and Sprint are betting their launch can overshadow any announcements made at WWDC, especially if Apple holds off on really big news. Sprint’s Kevin Packingham told the New York Times that his company is just pursuing its own timetable without paying too much attention to Apple.

The real test, of course, won’t be how much attention the Pre gets on launch day and immediately afterwards, but how the product, and the ecosystem of applications developed for it, stands out in the increasingly crowded competition among cool smartphones, including Android (which, by the way, seems to be making inroads into China), the BlackBerry Storm, and above all the iPhone.