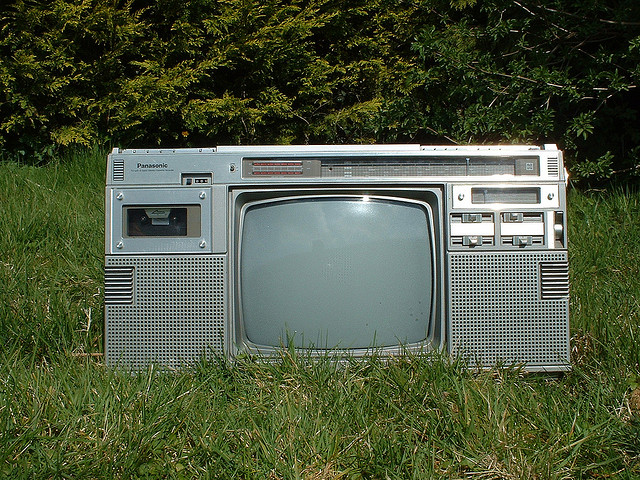 Earlier this year Panasonic projected a staggering $10 billion loss in 2012. Now, nearing the end of the year, the Japanese company is shedding 10,000 workers and looking to offload some of its underperforming divisions as the reality of that loss is hitting home.

Panasonic, which had already trimmed its workforce by 36,000 jobs last year, will be looking to sell or close any business units that cannot achieve at least a 5 percent project margin, the company’s chief financial officer told Reuters.

Japanese electronics companies are fighting surging Korean electronics companies such as LG and Samsung — and losing. Sony’s stock is down almost 80 percent in the past five years. Sharp is down 90 percent, and Panasonic itself is down about 75 percent and currently at a 10-year low. LG stock, on the other hand, is up about 30 percent since mid-year, and Samsung’s stock has almost tripled since early 2011. 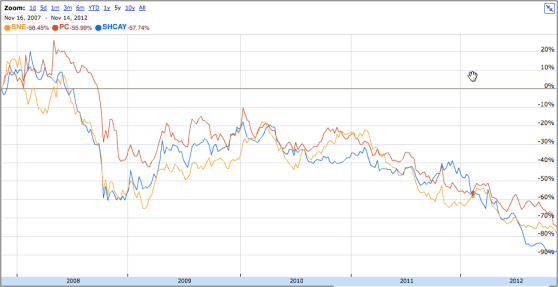 Above: Sony, Panasonic, and Sharp stock prices: down, down, down.

The Korean manufacturers have taken the majority of Panasonic and other Japanese companies’ TV business and have been quicker to jump on profitable new segments such as smartphones, where Samsung has a global lead.

Panasonic’s last profitable year was 2010, but it is aiming to return to profitability in its March 2013 to March 2014 fiscal year, aided by the sale of $1.4 billion-worth of land and buildings in Japan.

But it has a tough job ahead, with 88 business units to review and fix, close, or sell.