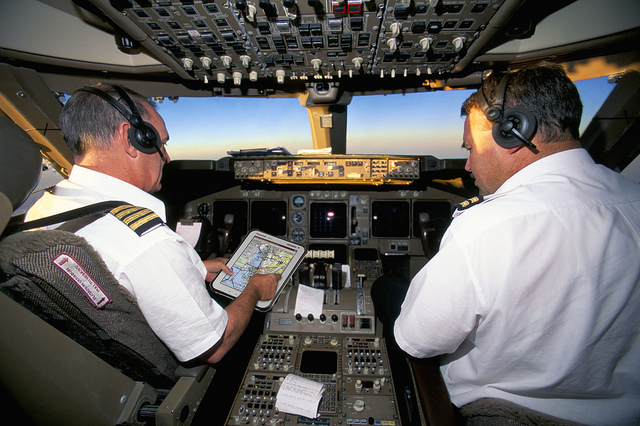 Is the world ready for extreme tablets that can take a licking and keep on ticking? Panasonic is betting on it.

The company officially announced its Toughpad lineup of rugged tablets today, the 10-inch A1 and 7-inch B1, which are built for heavy-duty usage scenarios like military deployment, construction sites, and unruly kindergarten classrooms.

Panasonic has been offering the occasional tidbit of information about the slates since June, but today is the first time it has completely lifted the veil with specifications and release details. The tablets will be close cousins to Panasonic’s long-running line of Toughbook laptop computers.

At first glance, it’s clear that Panasonic’s goal isn’t to have the thinnest and prettiest tablets on the block. The tablets sport a rubberized case, which helps guard against dust and spills while making it easier to hold. Panasonic also saw fit to include a matte screen, which reduces glare and makes them easier to use outdoors. They’ll also include a stylus so that you can capture signatures in the field.

The A1, which will be available first, is powered by a 1.2 gigahertz dual-core processor and Android 3.2 “Honeycomb.” It packs in 1 gigabyte of RAM, 16GB of storage (expandable with SD cards up to 32GB), and ten hours of battery life. 4G support, including LTE and WiMax, is optional.

The A1 weighs in at a hefty 2.13 pounds (in comparison, the iPad 2 weighs 1.3 pounds), but that’s to be expected since it’s heavily protected. The tablet has a 4-foot drop rating, as well as protection ratings for dust and water resistance.

As the company previously hinted, the Toughpads will sport enterprise-class security features, which should make it well suited for government and highly classified corporate work. The tablets feature embedded security hardware, as well as encryption and enhanced VPN. Panasonic says the tablets should meet security standards like FIPS 140-2 for government use, and HIPAA for medical use.

The Toughpads also include custom device management controls which should make them easy for IT administrators to deploy. Panasonic will also make it easy to find enterprise apps via its Business AppPortal.

The Toughpad A1 will be available in spring 2012 starting around $1,299 (clearly, these aren’t aimed at typical consumers). The B1 will be released sometime later next year.