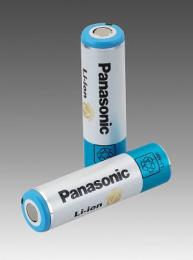 Panasonic has been making lithium-ion batteries to run computers for a while now — but it just announced that it has found away to bind them together in order to power cars. This makes it one of the first major electronics corporations to branch into advanced battery making for vehicles, which has largely been the province of established automakers and young companies exclusively focused on batteries, like A123Systems and Johnson Controls.

And even though it’s new to the business, it has a big advantage. It has many facilities already set up for the mass manufacture of lithium ion batteries. So while competing companies rush to build or convert assembly lines, it’s ready to go — cutting the costs of setup and of its actual products. With costly battery packs tacking thousands — sometimes five-digits worth — of dollars onto electric and hybrid-electric vehicle price tags, makers of these cars — like Tesla Motors, Fisker Automotive, General Motors, Ford and Nissan — are looking for the most affordable battery options possible, both for themselves and their wallet-conscious customers.

Still, Panasonic has a long way to go before its new battery packs hit the market. The company says commercialization is still about about four years away. It’s unclear what the hold up is if the necessary equipment is already there — though it’s likely that developing a battery to work in a range of advanced vehicles, and then testing it rigorously, could take this long.

Interestingly, cars aren’t the only application for Panasonic’s new lithium-ion creations. The company says they can also be used to store energy generated by residential solar panels, wind turbines and fuel cells. As more people choose to generate their own electricity through alternative means (having not been given the option via their local utility), having adequate storage will become the top priority. The necessity of storage to make intermittent power sources like solar and wind work (and sync with new Smart Grid efforts) has been a major topic of discussion in the cleantech world. If Panasonic or someone else can supply an affordable battery compatible with these systems, the market for home renewable energy sources could explode.

Panasonic has been talking about entering the automotive battery market since the end of last year, but hadn’t released specifics. At that time its prime competitor, Sony, also announced that it would be producing batteries for electric cars. Electronics brands Samsung, LG and BYD have also been looking for entry into the market. If all of them succeed, how will young struggling companies like A123 (which has yet to turn a profit) survive? It remains to be seen.

VentureBeat is hosting GreenBeat, the seminal executive conference on the Smart Grid, on Nov. 18-19, featuring keynotes from Nobel Prize winner Al Gore and Kleiner Perkins’ John Doerr. Get your early-bird tickets for $495 before Oct. 10 at GreenBeat2009.com.