Pandora has announced the latest step in its push to reinvent itself, as the music-streaming company unveils its new chief marketing officer (CMO) — only the second person to hold the position.

Starting on October 3, Nick Bartle will join the company from LinkedIn, where he has served as VP for member marketing and communications since last September. Prior to that, Bartle was senior director for marketing communications at Apple from 2011 through 2015. 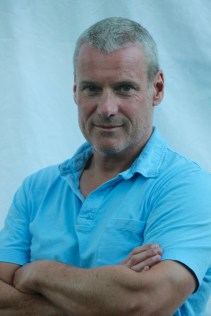 Today’s news comes five months after Pandora’s first CMO, Simon Fleming-Wood, announced he was stepping down after five years in the role. That followed on the heels of the announcement that Pandora cofounder Tim Westergren was taking over as CEO as part of a broader management makeover.

“From the moment I met Nick, his ability to make a substantial and immediate impact on Pandora was clear,” said Westergren, in a statement. “Nick brings a deep understanding of consumer marketing and strategic communications from years of experience with the world’s most revered brands. He is the perfect leader to accelerate Pandora’s brand momentum during this transformative time.”

Launched in 2000, Pandora is available in the U.S., Australia, and New Zealand. It has differed from on-demand music-streaming services like Apple Music and Spotify in that it lets you listen to personalized music stations built around a song, artist, or genre, rather than letting you search for and play any music you like.

Today’s appointment comes at a crucial time for Pandora, however, as it recently launched Pandora Plus, an enhanced version of its $5 monthly service. That was really a precursor for what’s to come, as the company is expected to launch an on-demand streaming service later this year to compete with the likes of Spotify.  “I’m thrilled to join Pandora at this inflection point,” added Bartle. “The company is poised to completely redefine the music experience once again. I can’t wait to roll up my sleeves and connect our listeners to artists in ever more unique and personal ways.”