In Bigscreen’s virtual world, users can customize personal avatars, hang out in a virtual lobby, and voice chat with other movie fans. Movies are streamed on screens inside virtual cinemas, providing a social movie-watching experience.

Beginning December 15, four new movies will premiere in Bigscreen every Friday at 3 p.m. Pacific time. Movies run for one week, with a new lineup of movies available the following Friday. Films are broadcast live on a pay-per-view basis with scheduled showtimes every 30 minutes. December’s lineup includes blockbusters like Interstellar and Star Trek. 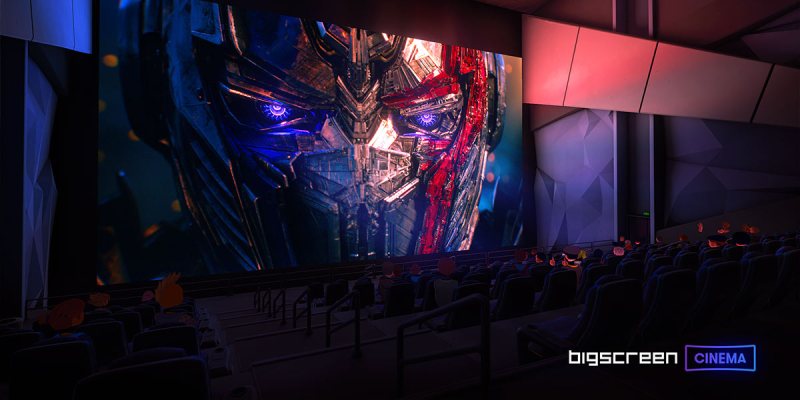 Above: Bigscreen and Paramount

For the full list of upcoming screenings and showtimes, go here.

“We are excited to enable fans around the world to hang out, chat, and watch films together in our virtual movie theater,” said Bigscreen CEO Darshan Shankar in a statement.

In addition to 2D screenings, the company will broadcast select movies in 3D. Bigscreen’s rendering technology uses VR to create a perfect 3D picture in each eye, producing a level of depth and detail that is not possible with traditional 3D glasses.

Bigscreen can be downloaded for free from bigscreenvr.com and runs on the Oculus Quest, Oculus Rift, Oculus Go, HTC Vive, Valve Index, all SteamVR headsets, and all Microsoft Windows Mixed Reality headsets.

Bigscreen is a virtual reality software platform with more than a million users. Founded in 2014 by Shankar, the company is headquartered in San Francisco and has raised $14 million in venture capital funding from True Ventures and Andreessen Horowitz. It currently has 10 employees.

Users can get their own private movie theater to watch films by themselves or with friends, or they can join public cinemas to watch with movie fans from around the world.