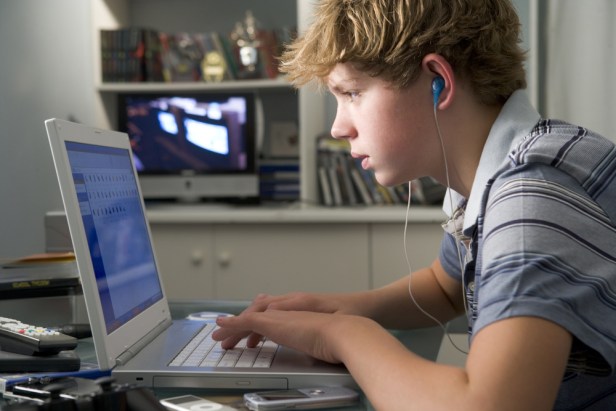 If you’re a kid with a pulse and an Internet connection, chances are you’ve used your computer to do something improper. And if you’re a parent — well, you have no idea just how bad your kids can get.

So says a recent survey from Internet security firm McAfee, which charted the disconnect between unruly Internet-addicted teens and the parents who try and fail miserably to police them.

The core result of the study is this: Parents are overwhelmed by the Internet, a disadvantage that their Internet-savvy digital native teenagers use to hide all sorts of unbecoming Internet activities.

The numbers are sobering. More than half of teens say they know how to hide their online behavior from their parents, and 71 percent of them admit to doing just that.

A lot of these measures are surprisingly unsophisticated. Only 16 percent of parents, for example, are aware their kids minimize browser windows to hide their activities when their parents enter the room, which 46 percent of kids say they do.

Kids also know the age-old trick of clearing their browser history, a tactic known to only 17 percent of parents.

Parents aren’t entirely dumb: 56 percent say they know their kids are capable of hiding their activities. Strangely, in spite of this awareness, only 23 percent of parents are aware that their kids visit sites the parents disapprove of.

And what are these kids looking at? A third of them say (note, say) they intentionally access pornography online, and 43 percent say they access violent content.

Those numbers are fun to toss around, but McAfee online safety expert Stanley Holditch said that what’s most surprising is the number of kids who do things with consequences that extend beyond the Internet.

The biggest surprise? Half of kids admitted to accessing (“hacking” into) a peer’s social networking account.

“With things like hacking, we’re talking about severe consequences simply because of kids messing around.” Holditch said.

In another significant example, one in 10 teens admitted to meeting someone in person whom they had talked to online. A similarly significant number of teenagers admitted to illegally downloading music and movies.

“Do you think kids think about the long-term consequences when they do these things? Of course they don’t,” Holditch said. “And parents just have no idea where to start.”

So is there any hope that the current generation of semi-digital natives will close the gap? Holditch isn’t holding his breath.

“I’d love to say that there will be a catch up period, but doing so would be ignoring how history has worked so far. Technology changes by the hour,” he said. “There’s really no telling what the next generation of children will be into.”