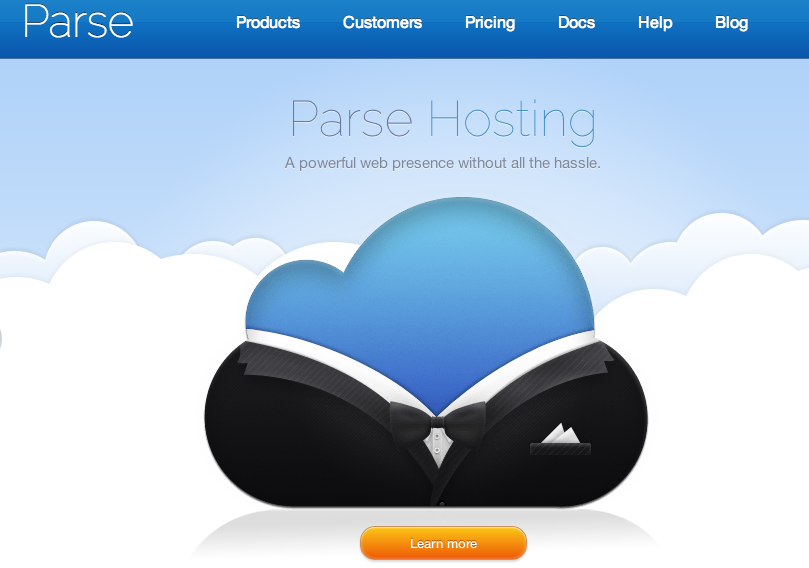 Less than two weeks after its acquisition by Facebook, Parse is announcing a new product. Parse is adding Parse Hosting to its suite of products that developers can use to be “server-free from beginning to end.”

Parse simplifies the process of mobile app development by providing “mobile backend-as-a-service.” Basically, the company takes care of the server side of things so developers can focus on areas like user experience and design. Now, mobile developers that need a web presence can host that content through Parse.

“Combined with our JavaScript SDK and Cloud Code, developers can now host their entire web presence on Parse and there is no need for a third party to host the static assets like HTML, JavaScript, or CSS,” said CEO Ilya Sukhar in an interview. “We always dog-food our own platform and found it annoying that we had to use another party to host the web component even though the heavy lifting was done by Parse. Externally, we heard the same thing time and time again from our customers across the spectrum of size and use case.”

Parse Hosting will join Parse Data, Parse Social, Parse Push, and Cloud Code as available services. Developers will be able to host landing pages to support their mobile app and data from that app will be accessible through the Parse API. Parse’s platform powers more than 80,000 applications and tapped into a wide community of developers (and consistent revenue stream), which contributed to Facebook’s interest in buying the company.

The acquisition marked Facebook’s first foray into paid business-to-business services and an emphasis on growing its relationship with the developer community. During an interview with Sukhar about the deal, he said that while Parse could offer developers infrastructure, the startup could not offer distribution and monetization. He said the partnership with Facebook will bring “huge reach” in terms of developers and raw users and make Parse a “one-stop shop for all your application needs.”

However, whenever a smaller company gets scooped up by a larger company, there are concerns about the smaller company getting snuffed out. Sukhar said that Parse will continue to exist and innovate, and Parse Hosting builds off the momentum from the acquisition.

“This announcement goes to show that both parties are committed to continuing development on the Parse platform,” he said. “We’re going to expand the Parse product offering, not contract it. Platforms that are going away don’t significantly expand their product offering a week after announcing an acquisition.”

Parse launched in 2011 and participated in Y Combinator. It raised $7 million before the acquisition, which is rumored at $85 million.