Cloud gaming has gone through a cycle, and it seems to be on the upswing again, with more startups. One such example is Parsec, which is coming out of stealth today as a new cloud-gaming company.

Parsec is unveiling a low-latency, 60 frames per second interactive video streaming service so that PC gamers can play their favorite games remotely. With this technology, PC gamers can also share their PCs with their friends, so they can start playing high quality games without owning the required hardware. Additionally, Parsec is opening access to its applications programming interface, which uses the same technology and can be embedded in other software/hardware products.

Just yesterday, LiquidSky announced it had raised $4 million in funding for its cloud-gaming service, which is already being used by 500,000 users. Cloud gaming suffered a big decline when OnLive crashed in 2012, and shut down in 2015. But each new entrant says they have learned from OnLive’s problems. 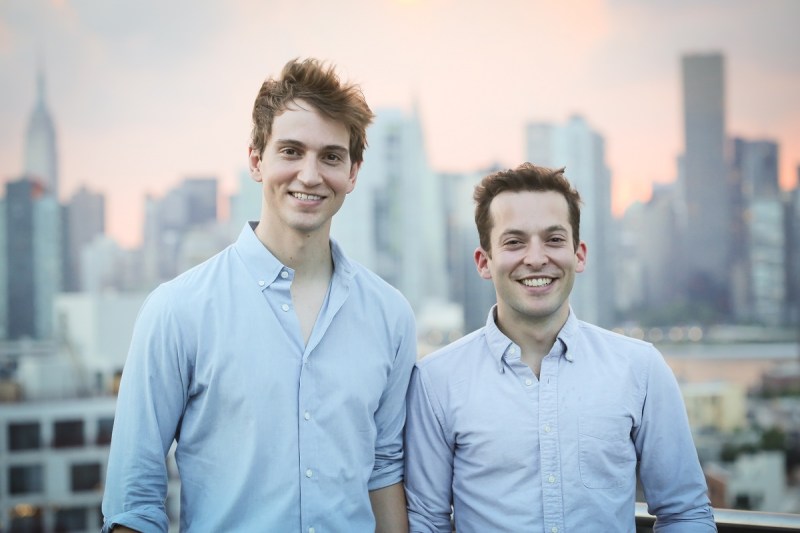 Above: Chris Dickson (left) and Benjy Boxer of Parsec.

Compared to rivals, “The most important difference is that our customers can download Parsec on to their own computers to host their own servers,” said Benjy Boxer, cofounder of the New York company, in an email. “This allows people to connect directly to their own gaming PC from anywhere on any Mac or PC made after 2012. Additionally, gamers can share their PC with friends.”

Players can invite a friend to watch them play, and then pass the controller to the friend virtually. That makes for great coaching sessions or co-play scenarios. A player can also invite a friend and give him or her permission to log in to the PC while the user is away and start playing any games that the owner has a license for. 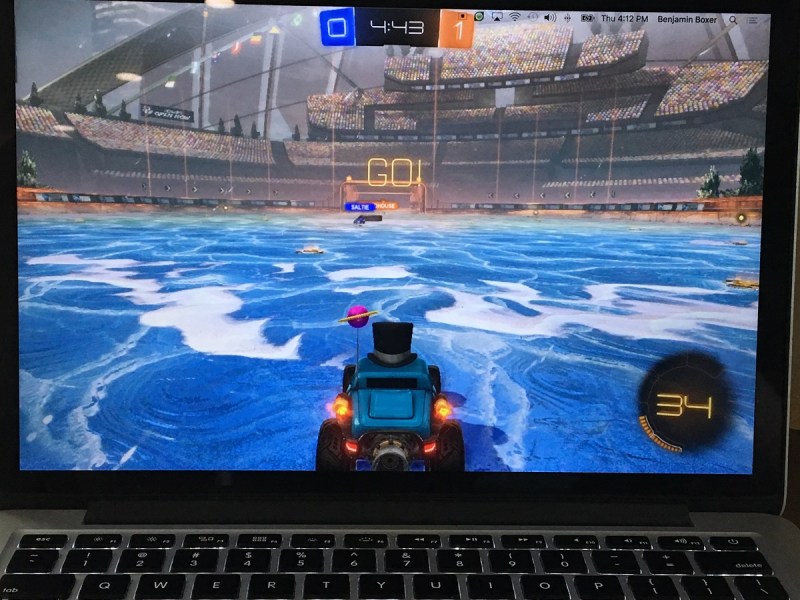 Above: Parsec enables you to play a game like Rocket League on the Mac.

Parsec is also using Amazon Web Services, which will help it scale more easily and price more flexibly than rivals, Boxer said. While the initial service will be limited for the launch, the company plans to open up to all users after a month.

“From a technology perspective, we’ve eliminated a lot of latency by removing many of the wrapper libraries that our competitors included in their software,” Boxer said.

The company plans to offer 1080p, 60 FPS video encoding and decoding latency at 10 milliseconds. For PC gaming fans, the big benefit is that you don’t have to own expensive desktop hardware to play the latest games. Players can play from anywhere on any Mac or PC.

That’s a big claim for a two-person, bootstrapped company, as OnLive had more than 250. But maybe there’s a big difference between now and 2012 when it comes to the Internet’s infrastructure. The growth of cloud infrastructure, better routing software, improved Wifi, and the distribution of hardware encoding technology make this the perfect time to build a low latency interactive video streaming technology. Almost every consumer device manufactured after 2012 comes with hardware encoding chips. Parsec uses these chips on the GPU or CPU of a device to encode and decode video frames directly on the hardware.

Rivals include LiquidSky, LogMeIn, and VNC. Boxer and cofounder Chris Dickson have been friends for a decade. Dickson was cofounder of a popular Chrome extension that gamers used to buy new PC hardware. With insight into PC purchases, Dickson felt like there had to be a better way to access games without buying a $2,5000 PC. So the founders set out to eliminate hardware purchase and enable access to the best computing via the cloud.

“We founded Parsec because we believe it’s possible to expand the reach of high-powered computing,” said Boxer. “We want to eliminate the constant upgrade cycles of hardware and focus on delivering entertainment and software directly to the consumer via low-powered devices. With Parsec’s technology, one day, consumers will buy an inexpensive device, like a Raspberry Pi, and access the computing power of the most expensive PCs on the market at that time.”

“Parsec is the logical evolution of distributing and playing games,” said Dickson, in a statement. “Almost every other type of app has moved to the cloud, but gaming has been held back because of the intense hardware requirements. Internet bandwidth and video processing are finally getting to the point where we can make it possible–and with ultra-low latency so that it’s actually a great experience.”

The company is testing the service now and is adding more testers.