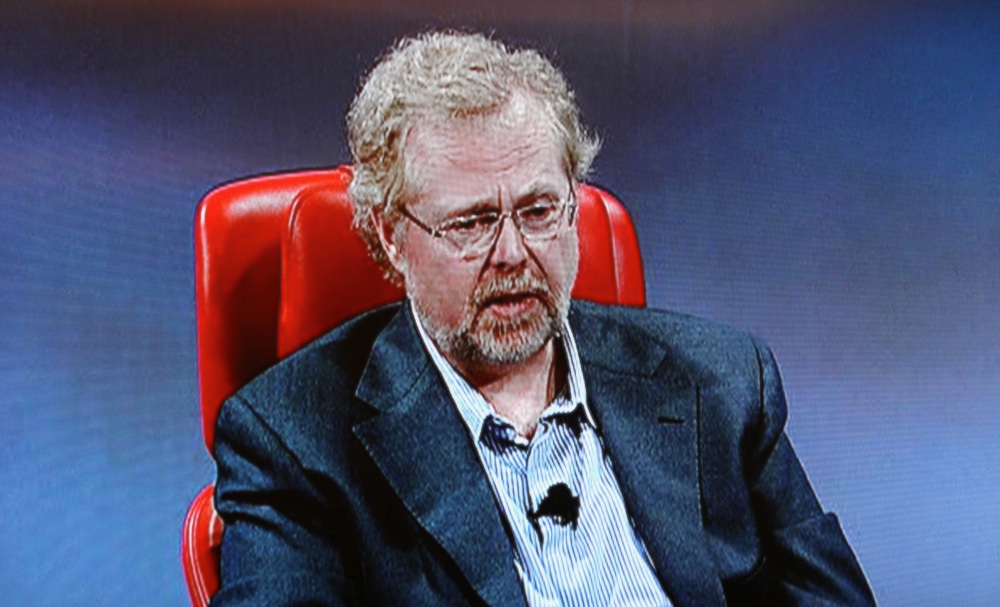 Intellectual Ventures founder and chief executive Nathan Myhrvold doesn’t need you to like him.

“I’m okay with not being popular. I never was a popular kid in my class, and I’m not a popular kid in this class,” he said, referring to the crowd at All Things Digital 2012. “If I want popularity, I go to a chef’s convention. I won two James Beard awards last week, damn it.”

Myhrvold was feeling the pressure after half an hour of questioning by ATD host Walt Mossberg and by audience questions aimed at getting him to justify Intellectual Ventures’ habit of acquiring patents, licensing them, and suing companies that appear to be infringing on those patents.

It’s not a popular position, and while the phrase “patent troll” never came up, it hovered over the conversation like an unspoken taboo.

Patents are just one of the tools companies use to compete, Myhrvold insisted, and it’s a mechanism for ensuring that people who have good ideas get paid for those ideas. In fact, he said, the patent system has a lot in common with open source software.

“The very first open source system anyone ever came up with was the idea of limited-term patents,” Myhrvold said, because it created a system for documenting and sharing good ideas with the broad public. “The quid pro quo is you get 20 years in which you get the unique economic value,” he said — but after that, the patent expires and anyone is free to benefit from its intellectual value.

He also seemed mystified that IV gets so much ill-will when many other tech companies also acquire and enforce patent portfolios.

“This is the year when all the biggest and most important companies in the Valley are doing exactly what I do.” Google, Apple, Microsoft, and Yahoo have all been embroiled in patent battles or have been buying up portfolios of patents with which to protect their product lines.

In other ways, Intellectual Ventures is a lot like a VC fund. It has raised about $5B from a set of investors including large tech companies, university foundations, pension funds — “very much like a venture capital firm would” — Myrhvold said.

Like a VC fund, IV doesn’t disclose details on all its investments or provide terribly many specifics on who is investing in it. But one way the company is unusual is that it uses a lot of other companies as proxies for parts of its patent portfolio. As a result, while patent filings are public, you can’t just search a database for “Intellectual Ventures” and find the company’s patent holdings.

“There are important proprietary reasons for that,” Myhrvold said, in response to a question. But he didn’t elaborate on what those reasons are.