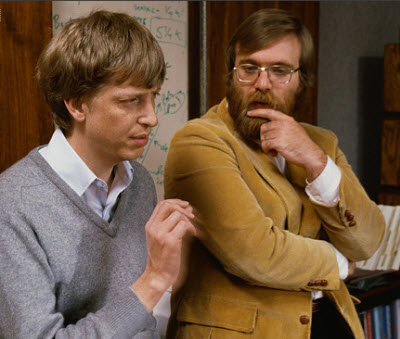 It isn’t easy for a friendship to survive the co-founding of a highly successful company. That’s evident in the relationship between Microsoft co-founders Paul Allen and Bill Gates. In a new memoir, Allen showed his lasting bitterness from Gates’ alleged schemes to take shares from his co-founder in the early days of the company.

The book reveals more about the character of Gates, whose integrity has been attacked on numerous occasions but never by someone as close to him as Allen. It also shows the frustrations of Allen, who is rich but hasn’t been as successful or as famous as Gates. Based on differing recollections, it shows that memoirs written long after the founding of a big company are often subject to dispute. Viewed in hindsight, both the friendship and its fracture were momentous events in the history of computing.

The Wall Street Journal has reviewed a copy of the book, Idea Man: A Memoir by the Co-founder of Microsoft, which debuts on April 17. But the friendship lasted long enough to turn both men into billionaires and, despite the tensions reflected in the book, they are still friends to some degree today. It remains to be seen if that friendship survives the book.

Rifts among founders aren’t unusual. Steve Jobs and Steve Wozniak had a falling out when Wozniak learned that Jobs didn’t share the full proceeds of their first game with Wozniak. That rift has apparently been patched, although Woz wrote about it in his own memoir. And more recently, Mark Zuckerberg’s split with Facebook co-founder Eduardo Saverin became the nexus of the Oscar-nominated film The Social Network. 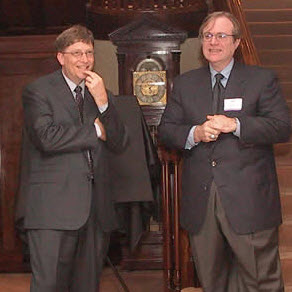 Allen said that on a couple of occasions, Gates aggressively asked for more shares in Microsoft because he felt he was doing more of the work. When Allen himself accomplished a big task at Microsoft, his own request for more shares was rejected by Gates. And Allen says that in 1982 he overheard Gates and current chief executive Steve Ballmer arguing about how to dilute the shares of Allen (reducing his stake in the company) because he wasn’t doing enough work. Allen said he could stand it no longer and burst in on the two men, shouting, “This is unbelievable! It shows your true character, once and for all.” Allen said the men later backed down and apologized.

“I had helped start the company and was still an active member of management, though limited by my illness, and now my partner and my colleague were scheming to rip me off,” he says in the book. “It was mercenary opportunism, plain and simple.”

The Journal says the anecdote is part of a critical portrait of Gates in the book, an excerpt of which also appeared on Vanity Fair’s web site today. The book is viewed as revisionist history by Gates’ supporters. Paul Allen’s spokesman, David Postman, said to the Journal that the book is a “very balanced portrayal of their relationship.” But Gates said in a statement, “While my recollection of many of these events may differ from Paul’s, I value his friendship and the important contributions he made to the world of technology and at Microsoft.”

The Journal pointed to one incident that Gates’ supporters say never happened, where Allen says he visited Palo Alto, Calif., to help woo a computer scientist who later became one of Microsoft’s most important programmers. The Journal says others claim that Gates made the visit.

The Journal says, “In the book, Mr. Allen also positions himself as the spark of many of Microsoft’s most important ideas, playing down Mr. Gates’s role in some cases. Woven throughout the book is a bitterness Mr. Allen expresses for not receiving more credit for his work throughout his career and more shares in Microsoft.”

Allen left Microsoft in 1983, just a year after the company shipped its first operating system for the IBM personal computer, which turned Microsoft into one of computing’s giants. Allen, who was diagnosed with Hodgkin’s lymphoma, underwent successful treatment and became one of the world’s richest people as Microsoft’s stock took off.

Allen, now 58,  has an estimated $13 billion fortune, according to Forbes. He bought the Portland Trail Blazers in 1988 and the Seattle Seahawks in 1997. He took control of cable TV provider Charter Communications, which filed for bankruptcy in 2009. He started Silicon Valley think tank Interval Research but shut it down. When Allen’s illness returned, Gates visited him regularly and Allen described Gates as doing “everything you’d want from a friend, caring and concerned.”

But the tension was there at the start, with Gates asking for 60 percent of the company in 1975 because he felt he contributed more to the BASIC programming software that they created. Several years later, Gates asked for a 64-36 split, and Allen agreed. But in the early 1980s, Gates denied a request for an increase in Allen’s shares.