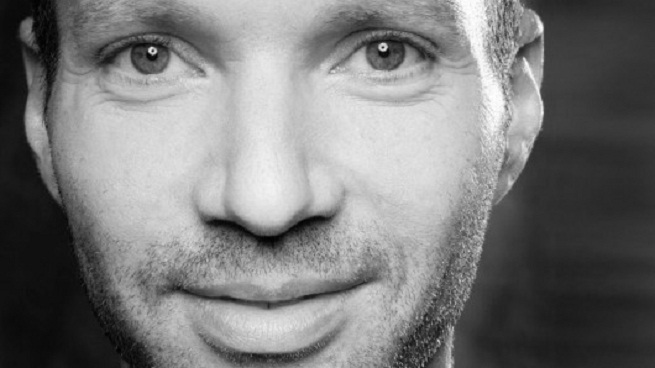 After more than 20 years, Jordan Mechner is still excited about making video games.

The Prince of Persia creator addressed a packed theater on Friday during the PAX East 2012 keynote and told stories about his early days as a budding game developer. Dragging an Apple II to college, he said he would try to make games in between classes. “My grade point average sank to miserably low levels” he joked.

After failing to find a publisher for his first project, Mechner found inspiration in the 1982 arcade game Choplifter. In Choplifter, players took on the role of a helicopter pilot rescuing hostages from an evil empire. Unlike other ‘80s titles, it had a definite ending and wasn’t, as Mechner put it, “an endless quest for points.” Playing it made him realize games could tell stories. “If I accidentally flew too close and squished one of [the hostages], I felt bad. I formed an emotional attachment to those little 8-bit characters,” he said.

His experience playing Choplifter made Mechner put aside that first project to work on Karateka, a fighting game set in feudal Japan. The storyline was simple – win back your girlfriend from an evil warlord – but Mechner says he was able to use film techniques learned in college, such as rotoscoping, cross-cutting, and tracking shots, to create a more cinematic experience that was easy to play. He says Karateka was the game that made the dream come true for him. “Games went from a hobby to a thing I was doing. I became a published game author.”

After Karateka, Mechner would go on to create what is probably his most recognizable game, Prince of Persia. The 2D platformer was a commercial and critical success that has been ported to various platforms over the years. But following its release, Mechner says he felt he had nothing left to say and didn’t want to make another game. “When Prince of Persia shipped, rather than do another game, I went to New York, learned how to shoot and edit. I went to Spain and learned Spanish. I went to France and learned French. Basically, I was being a bum.”

Eventually, though, Mechner would return to the world of gaming with the 1997 adventure game The Last Express. He, along with developer Smoking Car Productions, painstakingly recreated the Orient Express as the setting for the game. They found its last two remaining train cars and spent a day photographing and measuring them so they could be rebuilt digitally. Mechner says he wanted it as close to the original train as possible. “That passion we put into it made it better,” he said.

Mechner poured about a million dollars into The Last Express. He never got that money back. Although he says he doesn’t regret working on the project, he once again left the gaming industry following its failure to become a screenwriter. Three years later, he says Ubisoft’s Yves Guillemot contacted him. The publisher wanted to revive the Prince of Persia franchise. Developers showed him a simple animation test of a character running up a wall, but it was enough to have him hooked. “It got me excited about games again,” he said. Mechner eventually moved his family to Montreal and threw himself fully into the project that would become Prince of Persia: Sands of Time.

“Just when I thought I was out, they pull me back in,” Mechner quoted with a smile.

Sands of Time became one of the biggest hits of 2003. It swept the Interactive Achievement Awards (DICE) with 12 nominations and 8 awards and has spawned numerous sequels.

Looking back, Mechner told the crowd at PAX that he’s learned to work on whatever he’s most passionate about, to follow his heart without regret. And his heart seems to lead him, more often than not, back to video games. After another stint in Hollywood, he is returning once again with a modern-day remake of Karateka, which is set to launch on the Sony Entertainment Network and Xbox Live Arcade sometime in 2012.