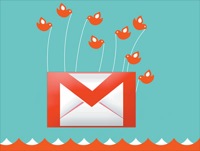 To make up for the brief Gmail outage early this morning, businesses and governments who pay to use Google’s webmail service through the premiere edition of Google Apps will get a 15 days of free service added to their accounts, according to the Associated Press.

That seems like a lot of free email, particularly since “the great Gmail outage of February 2009” lasted only a few hours, at a time when many California residents were asleep. Plus, users who enabled offline access for Gmail could still access existing emails, they just couldn’t send or receive. Still, for customers in Europe and Asia, this came closer to key business hours, and with email becoming more and more central to productivity, even a few hours of downtime can be disastrous — as I complained during the last major GFail in August.

As VentureBeat writer MG Siegler noted at the time, it’s easy to blow this downtime out-of-proportion — let’s not forget that almost any technology has outages, and Gmail has been pretty reliable. Still, a lot of traditional businesses have trepidation about moving key functions into the Internet cloud, so gestures like this one can help assuage those worries. Apparently, Google offered similar freebies back in August; I’ve emailed to ask if the company has a standard policy to cover these situations. (I don’t see any mention of a 15-day credit in the Apps terms of service, which guarantee 99.9 percent uptime.)

Update: A Google spokesman says this is part of the Apps service agreement.

The service disruption lasted a few hours, which entitles Google Apps Premier customers to a three-day service credit.  Given the extent of the outage and as a gesture of goodwill, we are going above the SLA and extending the full credit, which is 15 days.