Two weeks ago, Indiegogo project GlassUp raised over $100,000 only to be told that PayPal would not release the funds — leaving the project in the tough circumstance of having led a successful crowdfunding campaign but being unable to pay for the product they had promised to deliver.

When you manage 7.5 million transactions every day, as PayPal currently does, some mistakes are going to happen. And when you’re a target for international scammers and money-laundering criminals and have a responsibility to comply with complex financial regulations in hundreds of different countries and states, you’re going to have some false positives.

The company has adopted the new Customer First program at the urging of relatively new CEO David Marcus, who stepped into the role last year and saw a great business — but also a company that had lost its focus on the most important portion of that business: people.

And that loss of focus was a dangerous thing.

I wrote about GlassUp late on the night of August 14. By the next morning, the story had hit the front page of the front page of the Internet: Reddit. And hundreds of thousands of Redditors were reading the post, tweeting Marcus, and expressing their rage and frustration at similar occasions they had personally experienced in 1,102 comments.

“I’m pretty sure Paypal is an actual terrorist organization,” said one Redditor who claimed to have lost $1,000 in a PayPal transaction.

PayPal is working hard to change that perception, Nayar told me. To fully understand the issues, PayPal forced employees to start using PayPal to buy their meals at the company cafeteria — eating their own dogfood, in tech industry parlance — and then asked them to be brutally honest in their feedback.

In fact, in internal tracking, the company says it has solved more than half of the top issues and is tracking an astounding 40 million fewer issues this year compared to 2012.

“There is nothing more important than putting the customer first,” Nayar says. “We’ve made changes to risk policies, customer service policies, legal policies, product policies … the benefit of the doubt should always rest with the customer.” 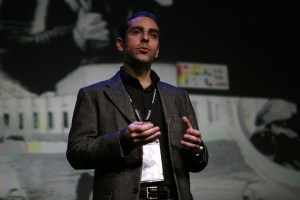 Those changes include a new “no fault” policy with regard to small claims in which PayPal will simply absorb $2.5 million in losses each year due to buyer complaints about counterfeit merchandise. They also include major tweaks to PayPal’s internal risk model algorithms that are designed to catch the bad guys — the sharks — but that actually entangle many, many good guys as well. Those tweaks, the company says, are saving hundreds of thousands of customers who would have experienced holds or freezes on their funds last year from a similar fate this year.

This is not easy for a company that transacts $300,000 of other people’s money each and every minute. Those sharks aren’t stupid, and they are ruthless.

PayPal has to build safeguards against those circumstances — it has a regulatory duty to do so, often in multiple jurisdictions at once, as the payments and the products are in different states or countries.

“That stuff’s difficult,” Nayar says. “In the U.S. alone, between federal rules and state rules, we have maybe 75 licenses to manage our systems. Once something’s gone through the PayPal network, the money’s clean … so we have a responsibility to the markets we’re in to be compliant.”

In some cases that responsibility has gone too far. In one dispute last year, PayPal asked a buyer to destroy a Stradivarius violin because there was some question over its authenticity — and PayPal is required not to allow counterfeit goods to cross state borders.

That’s clearly stepping over the line in an attempt to be compliant.

To ensure that the company is customer first even in this kind of environment, PayPal is not just tweaking its models. The company is also building better processes with more opportunity for communication and collaboration before it freezes accounts. Rather than using a one-size-fits-all blanket policy, PayPal has empowered its employees to customize a solution that works for individual customers — even, like GlassUp,  a small startup in the Italian city of Venice that is crowdfunding via American site Indiegogo and accepting payments from the U.S and countries all over the globe.

PayPal CEO David Marcus calls it being human and taking risks — which sounds very much like the startup culture he is trying to foster once more in the company.

Finally, the company is  creating more educational resourcing to ensure that customers can do more to communicate to PayPal what they’re expecting, what might be happening to their accounts as they embark on new marketing initiatives or crowdfunding initiatives, and how they can tweak their processes to avoid getting false positives as a potential criminal.

That seems to be working. I published the initial GlassUp story at 11:11 PM on August 15. By the next morning, PayPal had released the funds, and GlassUp was back in business. Which is pretty quick for a multibillion dollar company in the global financial sector — perhaps even startup quick.

“This is a new era for PayPal,” Nayar says. “We’ve grown incredibly well in the online world, and there are literally hundreds of thousands of business that could not exist without PayPal.”

“These are not easy things to get fixed, but the leadership team is laser-focused on this. It’s basically trusting that people are doing the right thing … and deciding who to trust.”