Paying for your coffee with your smartphone is so old-school. So, like, 2010. Today, PayPal is working on paying with wearable devices like activity trackers, smartwatches, or possibly even smart specs like Google Glass.

That’s in the future, though. 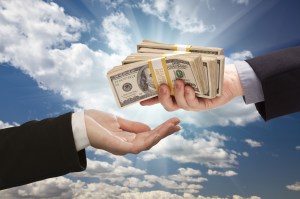 Right now, PayPal is in a dogfight for the future of payments. And it’s a dogfight with the worst of combatants — huge, well-funded, popular companies like Google, Apple, and Square.

That’s probably because of its 143 million active users, and the fact that consistently the company has come up in consumer surveys as the leading mobile payments provider, again, and again, and again.

I met up with Paypal CTO James Barrese at the Cloud Factory conference and asked him about the future of mobile payments and his company. He talked about mobile and wearables, POS systems, and phone-based fingerprint sensors in a long, wide-ranging conversation.

VentureBeat: How long have you been CTO of PayPal?

VentureBeat: Talk to me about some of the changes in that time. I mean, PayPal’s gone through some massive changes. In a sense, its roots are very, very mobile — even back to the early Palm Pilot days — but you’ve reinvigorated that. Can you talk to me about that a little?

Barrese: First of all, we’ve brought in a lot of entrepreneurial leaders and we’re going back to our roots … really invigorating via bold moves in mobile, in-store, and on the web. We call it our omni-channel strategy, because if people have a digital wallet, they’re not going to want one wallet for web and another one on mobile devices.

We clearly see that future and we want to make that it’s real, so you have one wallet in the cloud, and it’s available on all the operating systems and all the devices and all the form factors, and in stores.

VentureBeat: It’s a hyper-competitive world … everybody wants to be that wallet, be the place where money is disbursed. You’ve got giants like Google, you’ve got sleeping giants, maybe, like Apple who haven’t really jumped in fully … you’ve got others who want to be there. In some sense PayPal seems to be in the lead, at least in consumers’ perspective. Is that true in usage as well?

Barrese: So if you look at our number, we have 143 million active users, and we’re in 193 countries around the world with 26 currencies. And we’ve spent the time with this platform, and drilled into the financial networks in the U.S., Asia, Europe so that pretty much anyone in the network can pay anyone else around the world.

That takes a lot of work … you don’t just pop up and start doing mobile payments. It’s hard. There are regulatory concerns, and there are scalability and availability issues. So that’s where we’ve been really focused. Because of the breadth and because we have that relationship with consumers, we own that experience, and we can reinvent it.

But what you’ll see is there are lots of niche players in pockets on top of the old payment network, but they’re not really reinventing the payment network. We compete with them, we compete with parts of the legacy infrastructure. There are lots of startups, and it looks like they’re all over the place, but PayPal has a huge opportunity because we have those relationships.

VentureBeat: So talk to me about that. You said there are lots of startups “on top” of the payment processing ecosystem. The inference, of course, is that PayPal is right in the payment process. Everybody’s wants to be part of the digital payment process and wallet … everyone’s looking at what can I make off of that and how can I get a few percent or a few cents or a few fractions of a penny off of transactions.

Where do you sit, and how much room is there when you already have players like the credit card companies and everyone else, for people to make money in this space? 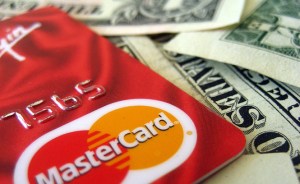 Barrese: We have an open strategy, so we want to allow people to bring whatever payment instruments they use today into their wallet. So we’re not a one-stop solution, that’s it. Debit cards, credit cards, bank instruments … again, country by country, network by network, it’s different.

And so we actually work very closely with VISA, Mastercard, as well as banks, because at the end of the day, that’s what consumers want to pay with. But we’re doing it in a way where it’s also financially viable and attractive for merchants … and us.

Ultimately, our goal is to make this something that merchants are happier with.

VentureBeat: So what are the actual percentages?

Barrese: For some of our products, it’s really clear. For example, 2.7 percent for things like credit card swipers. And then depending on volume and the offering, there are different fee schedules.

VentureBeat: That 2.7 percent is the total amount taken off?

Barrese: Yes, the total … that covers all of our costs, etc. including what the card companies take.

VentureBeat: So, what’s the story for contactless payment, which is growing? It’s been a very nascent story in the States, but the recent Target hacking will give it a lot more attention and focus, I think.

Barrese: We ultimately are after having a great experience for the consumer. And we think that there are some better experiences actually out there. And so you’ll see us doing some things like iBeacon … you walk into your favorite coffee shop or this restaurant, and if there’s a beacon and you come to this coffee shop every day, it’ll just surface automatically.

Above: iBeacon in action at Timberland

And you can say, “Check me in here,” and then there’s a relationship, and your name can appear on that point-of-sale system. They can recognize you and your loyalty card information is there, and then what’s even better — we’ve been doing this in our own lab — is imagine you say, “Check me in” and then check a checkbox that says, “Check me in every time I come here.”

So now the experience is: I don’t do anything. That’s even better (laughing) than contactless, right?

I walk in, and I’m in control … it’s almost like the Uber experience for everything. Payments go to the background in-store, online.

Contactless is just another form factor. So as volume increases, we can easily enable that.

Barrese: Yes, for us it’s about solving a customer experience. We’re not religious about which way it is … we’re after creating a fantastic experience. We just launched 50 restaurants in Toronto where you can actually pay at the table, and it starts opening up the door for order-ahead. You could say, I’ll be at this particular restaurant in 10 minutes, here’s my order, make it available, and you walk in, you skip the line, you grab your stuff, and you walk out.

VentureBeat: So now you’re competing with a whole new set of players in that space … the GrubHubs?

Above: A recent GrubHub subway ad

Barrese: No, no, we’re enabling them. GrubHub uses our APIs — we want to give SDKs and APIs to GrubHub. They’re using us, we handle the payments and all the technology, and they can create a great experience and focus on that particular industry.

VentureBeat: Talk to me about critical mass in a market … you have those restaurants, you have Home Depot, but a significant number of purchases people make in their local area are with maybe 15, 25 different retailers. What kind of critical mass do you need to get people to feel they need the PayPal mobile app to pay from their phone?

Barrese: What we call it is “everyday spend,” and it’s broken into two pieces.

VentureBeat: Right. So does everyone else (laughing).

Barrese: But, in the meanwhile, what we’re going to do is add value so that it’s worth it to you to use PayPal. For instance in Austin, I was just there, and there’s a coffee shop right next to a baby boutique, and they both accept PayPal.

I was talking to the proprietor, and she said it’s great because people go running, and they bring their phone — they don’t want to bring their wallet or anything — they hit the coffee shop, they pay with PayPal, and then they realize they need to buy a gift and they pop next door to buy a gift.

She’s seeing a measurable amount of volume from PayPal.

So what you’re going to see us do is hit niche areas like that where we actually improve the experience, and people use it, and that becomes a flywheel, and that starts growing. So that’s our strategy, because ubiquity takes time.

We’re after lighthouse experiences, and then it’s more convenient.

VentureBeat: And, as you build a certain number of users, the demand grows from the other side?

Barrese: And we’re seeing that now happening as Beacon launches and we have more POS integrations. We don’t have to have everything. 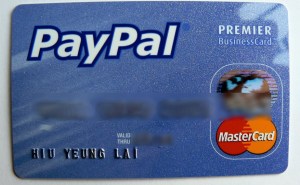 And there’s a huge demographic shift … consumers are adopting this, they’re looking for solutions, retailers are looking for solutions. We bring the security, we’re investing huge amounts of money in R&D, and our whole idea is to give those merchants SDKs so we can be in their merchant app … we’re going to power it.

Our wallet surfaces there, but they create the experience.

We’re getting great pull from merchants.

VentureBeat: Your story about Austin rings true because I coach ice hockey and baseball, and I take my phone but don’t want a wallet. So I pull a license out, and maybe a credit card, and it would be nice to not have to take either along.

Barrese: And think about when it gets to a wearable device connected to your phone, and then you could just go run, and we’ve got the ability to check you in.

We’re working on those kinds of things.

Like the fingerprint identifier, so if you lose your phone, you’re OK. We just launched with Samsung  — we’re the only wallet out there that lets you authenticate with a fingerprint.

And people are adapting this stuff. We’re in the early adopter phase, but it’s becoming real and it’s getting easier. That’s where we see that next generation of experience, and now’s the time to do that, because people are willing and able to habituate to something new.

VentureBeat: Some have said it’s easier for a Google or an Apple, or maybe a Samsung to come up with a mobile payment solution, because they own a platform. Is it actually a competitive advantage to not own one particular platform?

Barrese: Well, let me ask you: Do you have more than one OS in your digital life?

Barrese: So we want to partner with the platform providers, but we think we need to be everywhere.

Google doesn’t own all the POS systems that are out there. They don’t own Windows. There’s Android and iPhone. There’s web too. So we’re a multi-platform provider.

We’re happy to partner with them. We think we can add a ton of value.

And payments is hard. We wake up every day and we think about payments. And you’ve got to be thinking about regulators and compliance and jurisdictions and anti-money launderer and anti-terrorist funding … it’s a very deep space.

If you’re not living and breathing it every day, you’re just some little wheel in a giant company. I think it’s really hard … if it’s not your corporate DNA.