Paystand has raised $20 million to modernize commercial payments using its blockchain-based platform and make paying a corporate bill as easy as making a consumer payment with a mobile app. The Scotts Valley, California-based company will use the money to accelerate expansion of its products and services and grow its team.

CEO Jeremy Almond said in an interview with VentureBeat that the company will digitize the enterprise cash cycle, which typically takes around 30 days or even longer. Paystand operates on a subscription model that moves customers away from fee-based transactions.

“It’s like Venmo for complicated transactions for commerce,” Almond said. “We are rebooting the financial infrastructure because a lot of it was built pre-internet. It holds companies back. We’re coming in with a new business model, doing payments-as-a-service.”

Paystand also automates the payment experience from invoice to reconciliation and integrates seamlessly with a company’s system of record. And it provides a real-time, fund-verified, blockchain-assured payment network that can move money between businesses instantly.

“A lot of folks charge 2% to 3% as a fee for moving money,” Almond said. “In commerce, that’s a huge chunk. You can’t do that. Our model does not penalize companies for success. Blockchain for us is an enabling infrastructure, like the cloud was two decades ago. Blockchain is the infrastructure of the future.”

He said Paystand saves businesses over 50% on the cost of accepting payments and processing invoices while reducing DSO (days sales outstanding) by more than 60%. 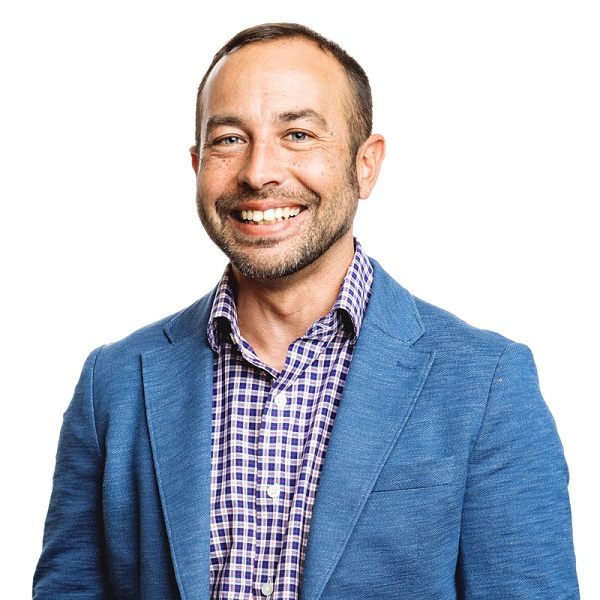 Above: Jeremy Almond is CEO of Paystand.

Almond said Paystand’s model is gaining traction and that in the last 24 months the company added 80 new large enterprise customers and posted a 2.5 times increase in revenue year-over-year. It has also grown its average monthly subscriptions by 240%. Its payment ecosystem has surged 60% over the past 12 months, with over 160,000 businesses transacting across the Paystand platform, saving hundreds of millions in fees.

Paystand’s technology digitizes the cash cycle for companies in a variety of industries, from insurance to manufacturing, transportation, and pharmaceuticals. For example, the platform helps insurance companies digitally receive premium payments and send claims settlements, and it allows manufacturing companies to digitally pay suppliers and vendors.

“We enable the infrastructure between companies to use what they call smart contracts. We pay you on these terms. How do you ensure that happens? Blockchain infrastructure is good for that kind of thing,” Almond said. “We have pioneered assurity-as-a-service, which is our view of [what] the scaled commercial blockchain looks like.”

The company has a hybrid public and private blockchain, which can combine security and high-speed processing and works with multiple currencies.

Mitch Kitamura, a managing director at DNX Ventures, said in a statement that  Venmo, PayPal, and Square Cash have made many advancements in the consumer payments sector. But he said that $18.5 trillion in invoices (according to South Main Capital) are still paid with paper checks.

Paystand’s funding comes as the next generation of financial tech companies prepares to upend traditional infrastructure and practices. With over 50% of the estimated $56 trillion in annual B2B payment volume (according to Goldman Sachs) still transacting via paper-based and pre-internet methods, the rise of more open, frictionless payment infrastructure has created a clear opportunity for disruption of a decades-old, inefficient, and costly industry.

Paystand was founded in 2014 and has 50 employees.