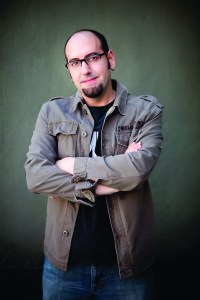 Aw, shucks. They’re all grown-up! Today, Payvment, a Facebook ecommerce platform, announced some improvements to its free social discovery-based shopping application, but the bigger news is that it has a strategy to make money.

“This has been free for the last two years, so there’s been this speculation about how we were going to monetize,” said Christian Taylor, founder and CEO of Payvment, in an interview with VentureBeat. “This is the first time we’ve showed behind the curtain of what our strategies are.”

The paid versions of Payvment give online shopkeepers a deeper, analytics-based understanding of how shoppers are talking about and sharing goods on Facebook and Twitter. You can preview the paid version at my.payvment.com.

Palo Alto-based Payvment (the company is located across the street from Facebook) launched in 2009 with a focus on individuals wanting to sell goods and services on Facebook’s expansive social platform. That’s still their main business model. Payvment uses PayPal’s Adaptive Payments API to let anyone create an ecommerce site and start selling. All they have to do is copy and paste one line of code to get going. They also let users with little or no sales experience manage inventory, shipping information and terms of service.

The new additions to that platform, announced today, include analytics delivered on a product-by-product basis, automated and product-specific social promotions (with coupon codes), a new way to review and respond to customers, and the ability to manage up to five storefronts from a single dashboard.

Payvment Premium, which includes all the existing features of Payvment’s free application as well as the new features listed above, will be available for $29.95 per month or at a discounted rate of $299.95 yearly. Payvment Platinum is designed for large sellers or agencies with multiple clients. It gives users an unlimited number of storefronts, account administrators, one-on-one training and priority customer support.

“Most people will be using the Premium version,” said Taylor, who says the new analytics featured in that version provide a new level of social shopping data.

Taylor says 100,000 businesses have launched storefronts with Payvment, and 60,000 businesses are truly active. He says new sellers take two or three days to get their first sale on Facebook. Six months ago it took two weeks.

Another thing that’s growing is the competition. Other Facebook-based ecommerce platforms include Storefront Social, BigCommerce SocialShop and Ecwid. There are ways to stand out from the crowd, but perhaps making money is one of the best.

Being profitable would make a company more appealing to Facebook, which is reportedly working on an in-house solution. Perhaps buying a company (one conveniently located across the street, even) would solve the problem. Making money, and the ability to raise money, will get Facebook’s attention.

Payvment has raised funding every year since it got started. The company was founded with $500,000 from angel investors in 2008 and, after officially launching in 2009, raised  $1.5 million in a venture round. Payvment then raised $6 million in 2010. So how about funding in 2011?

“No thanks,” said Taylor. “We’re cash strong, we’re good. Every day the phone rings, and people want to give us money, and we say no.”

This is quite a 180-degree turn from the days Taylor was knocking on doors for funding.

“When we started talking to VCs, people looked at us like our heads were on backwards,” said Taylor. “It was such a weird concept, selling things on Facebook. Now there’s a term for it, f-commerce.”

There are currently 25 employees at Payvment, and the company hopes to hire three more by the end of the year. Since the platform is self-serve, the staff is mostly engineers. 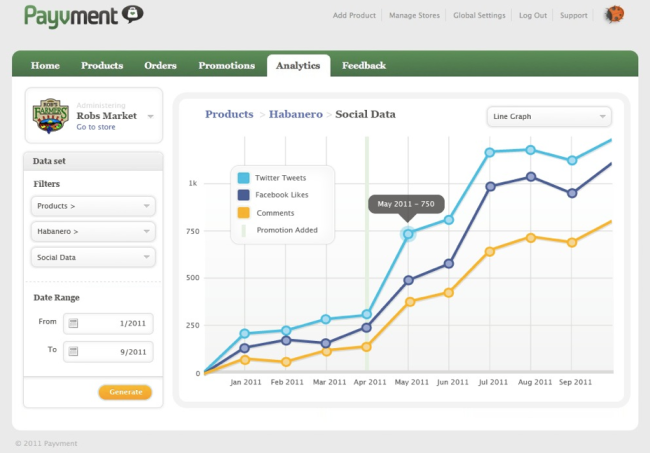