Pearl Abyss revealed a new gameplay trailer for Crimson Desert at The Game Awards today. The open-world massively multiplayer role-playing game is coming out for PC and consoles in winter 2021.

Crimson Desert is Pearl Abyss’ biggest game since Black Desert, a five-year-old MMORPG that has generated more than $2 billion in revenue and has drawn 40 million players on PC, console, and mobile platforms.

The 5-minute Crimson Desert trailer from the South Korean publisher showcases a beautiful open world with 3D features depicted in a gritty reality. It’s full of towns and cities as well as huge mountains, magnificent canyons, winding rivers, and, of course, desolate deserts.

The protagonist Macduff rides a horse into the wilderness as the sun shines over the land. The trailer shows intense, fast-paced, and realistic action combat scenes. Swords, daggers, axes, and arrows draw a lot of blood. And like many MMOs, it has dungeons, puzzles, siege wars, and characters flying on mythical creatures. At the end, MacDuff rides on a huge dragon. 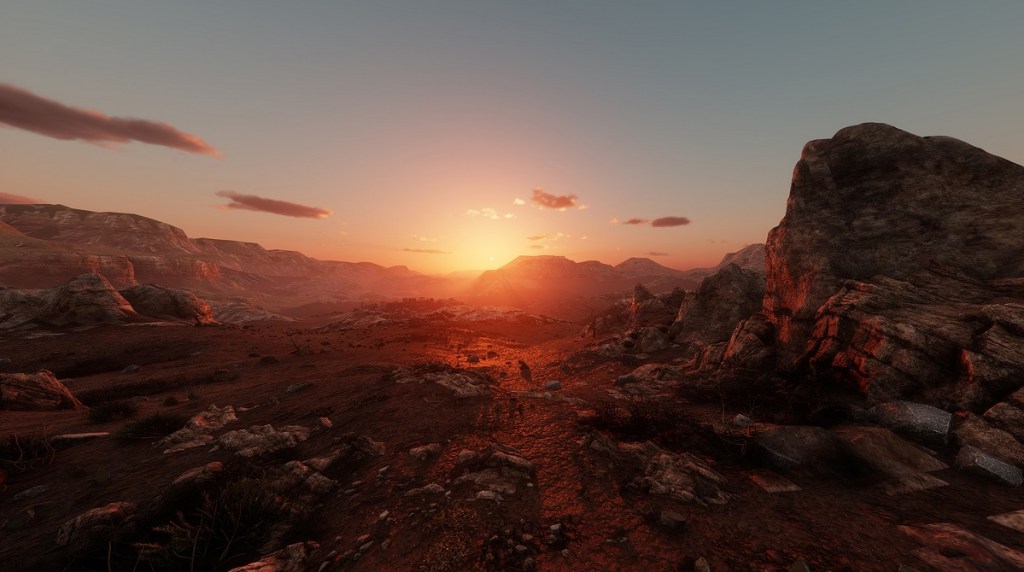 Above: Crimson Desert has some amazing graphics.

The game is set on the continent of Pywel, a war-torn world with many different territories, cities, cultures and religions. Pywel is a land full of turmoil, with many areas, factions, and regions fighting for control. As players progress through the game, they will make choices that have meaningful effects on how the story and events unfold.

The action in the trailer is pretty intense, and the physical effects like the explosions on a castle wall looks great. 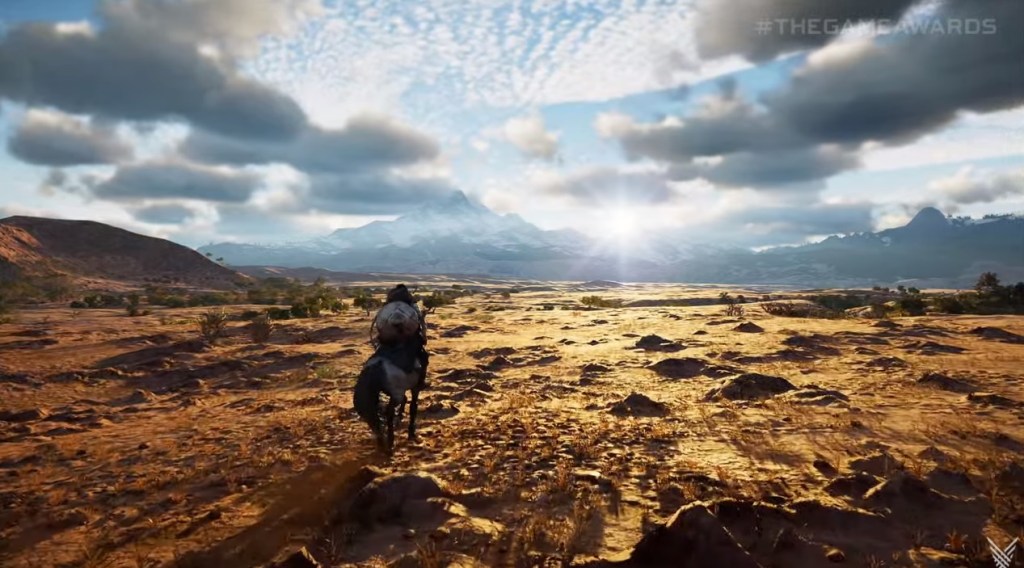 Above: Crimson Desert arrives in the winter of 2021.

The King of Demeniss, the Unifier of Lands, lies in a coma. In the ensuing power vacuum, those who have suffered under his iron rule now seek to exploit his weakness. MacDuff, a leader with a tragic past, leads a band of mercenaries fighting to reclaim their land.

Pearl Abyss was founded in 2010 and has more than 800 employees. The company is also developing DokeV and Plan8 in a bid to remain one of Asia’s biggest game companies. Daeil Kim, the founder of Pearl Abyss and inventor of its proprietary engine, is leading the project as executive producer. The co-producers are HwanKyoung Jung, the former director of RYL Online, and SeongWoo Lee, who was in charge of C9 and also worked on RYL Online. Hyoseok Chae is Crimson Desert’s lead combat designer.