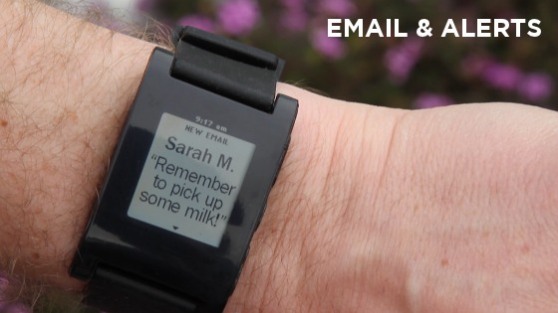 VCs always have a war story about the one that got away. Time to add the Pebble smartwatch to the list. The creators of the Pebble had some initial success raising $375,000 in angel funding. But when it come to raise a series A, Pebble was roundly rejected by venture capital firms that didn’t want to risk betting on a hardware firm. So the Pebble team put their project on Kickstarter, where they have now raised $4.2 million and counting without giving away any equity in their company.

In a way, this is the dream of crowdfunding in action. The recent JOBS Act put new structures in place that would allow companies to raise small amounts from a big pool of investors. In that case they would be exchanging stock for funding, whereas Kickstarter allows a project to exchange rewards for donations. With hardware like the Pebble, much of the donations amount to a pre-sale, with backers receiving the watch before it goes on sale to the general public.

While physical projects like Apple accessories and the Pebble smartwatch have been the most successful at this, software too can employ this tactic. Retro PC games have raised over $6.7 million on Kickstarter in 2012 alone. And Light Table, an open source development environment, has banked $38,000 since debuting its project yesterday.

“With VCs, they worry about models and size of market and stuff like that,” Pebble founder Eric Migicovsky told Bloomberg . “With consumers, one of the things I love about the videos, we just showed how you’re going to use it.”

As for hiring in the hyper competitive Silicon Valley scene, Migicovsky has a powerful tactic. He shows potential recruits the Kickstarter page when they arrive. “After we stopped talking,” he told Bloomberg, “I told them to refresh.”