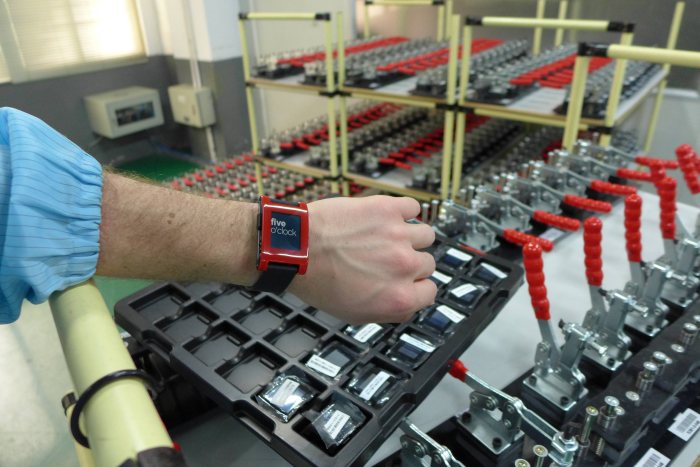 As promised during CES, Pebble has begun shipping its long-awaited smartwatch to Kickstarter backers today.

But don’t go throwing away your current watch just yet. Judging from the company’s production and shipment capacity, and with more than 89,000 Pebble orders to fulfill, you’ll likely be waiting for your Pebble watch for a few more weeks.

The company notes that its factory is currently building around 800 to 1,000 watches every day, but it’s still working on achieving full capacity of 2,400 daily units. Pebble is also building batches one color at a time, starting with black. So if you’re eager for that red or orange Pebble, expect to wait even longer.

“Since black was by far the most popular color, we started with a run of black Pebbles,” the company wrote in a blog post today. “I realize that this is different than what I said before … [The company previously said it would fulfill orders based on when someone backed the project.] While we would have liked to be able to ship out all the colors at the exact same time, it’s proven to be impossible. We’re doing our best to bring production of other colors on-line as soon as possible.” 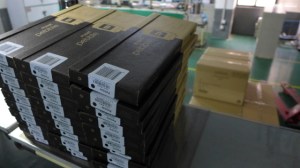 Pebble’s Kickstarter campaign was a smashing success — it raised more than $10 million. But after delaying its original launch date from last September, it also quickly became a warning sign for potential problems with the crowdfunding model. Now that it’s actually shipping, new problems lie ahead for Pebble. The company needs to make sure it can ramp up production, ship devices efficiently, and also deal with any issues that come up.

Design issues managed to defeat the far more experienced and well-funded Jawbone with its first Up health wristband, so Pebble can’t rest easy just yet.

Pebble says its iPhone app has been in review by Apple for the past two weeks, but it’s unclear when it will actually be available. For now, iPhone-touting Pebble owners will be able to see notifications and control music but won’t be able to install new watch faces or upgrade the Pebble’s software. The Pebble Android app will be available tomorrow.

Check out our CES demo with Pebble creator Eric Migicovsky below: