Smartwatch company Pebble Technology has returned to its roots.

Today Pebble unveiled its third smartwatch, the Pebble Time, a $159 device with a handful of features brand-new to the Pebble line, like: a colorful e-paper display; an updated, notification-centric OS; a “20 percent thinner” design; and a Gorilla Glass screen.

The device ships this may, but only if you pre-order it on Kickstarter.

Pebble’s return to Kickstarter is telling. At this moment, we’re witness to a defining moment for the smartwatch industry: In few weeks, Apple is set to release its first smartwatch. This, no doubt, creates pressure for a company like Pebble to prove that it can still drive demand.

Pebble, however, appears prepared for this event. Days ago the company officially introduced support for Android Wear notifications, enabling compatible Android apps to communicate with Pebble devices. For a company that once favored iOS, Pebble knows its (arguably) most important market: Android users.

Price-wise, the Time initially starts off as a middle-of-the-road device, falling between the $99 original Pebble and the $199 Steel. Post-Kickstarter, Pebble says its Time will retail “later this year for $199″ like the Steel. Above: A side profile of the Pebble Time

As with previous models, Pebble says its Time can “achieve an industry-leading battery life of up to 7 days.” The device also remains water-resistant, despite the addition of a microphone. And for the curious, it’s noteworthy that this microphone does not introduce Siri-like features. The mic enables users “to send voice replies to incoming notifications or compose short voice notes,” Pebble says.

The device’s new operating system is compatible with all Pebble apps, but puts “notifications, weather, news, travel, and reminders” front and center, the company said in a statement. “The new OS will eventually be added to Pebble and Pebble Steel,” a company spokesperson told VentureBeat, but we don’t know exactly when that update will arrive.

The Time is available in three colors: red, white, and black. 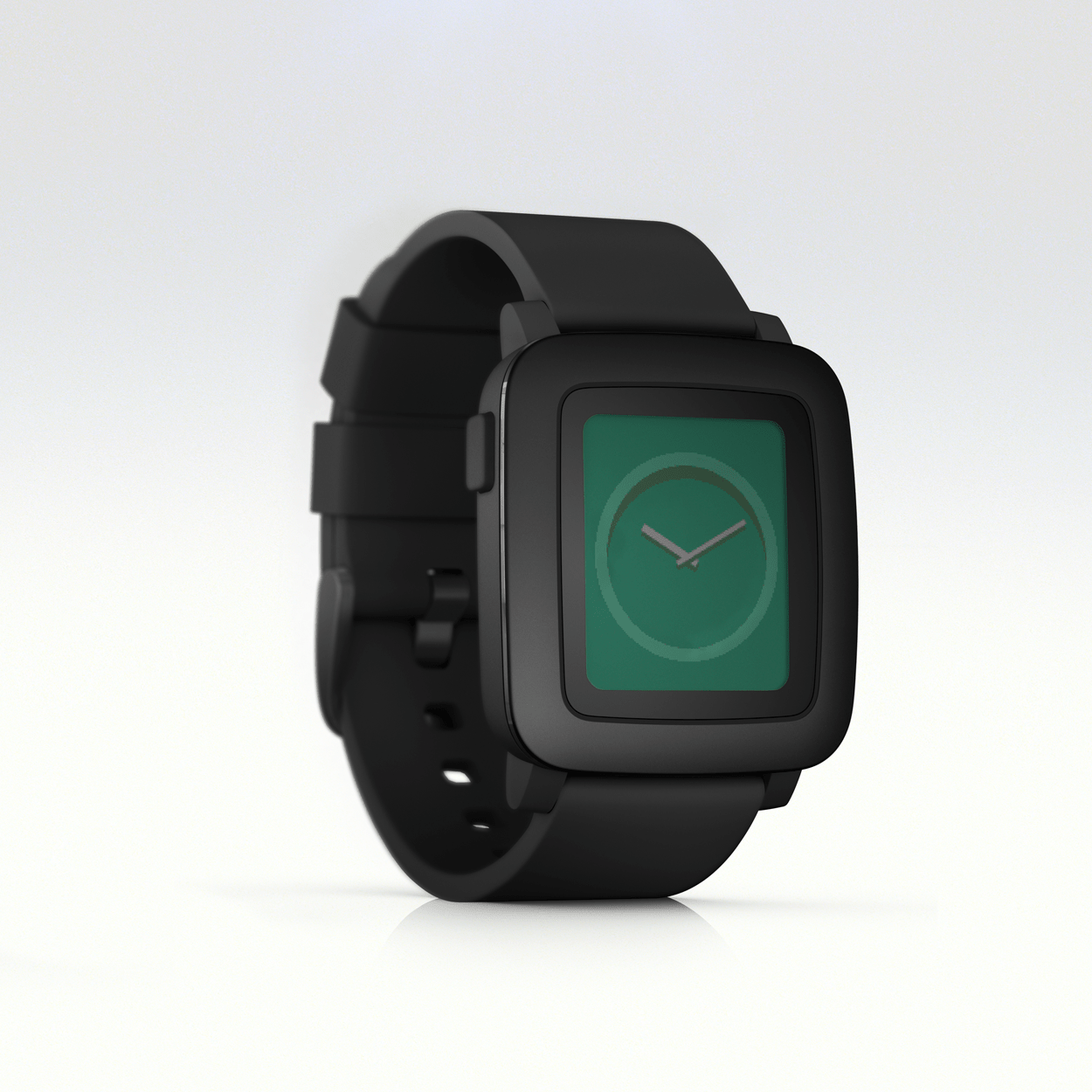 Above: The Pebble Time in black

Today’s launch follows the January 2013 unveiling of the Steel, and Pebble’s original Kickstarter April 2012 debut. Like its predecessors, Pebble’s Time hinges on the future of e-paper, a display category which has largely found traction in the e-reader industry.

For Pebble to survive, it must prove that smartwatches shouldn’t act like miniature, modern smartphones — betting against a crowd of hi-res, low battery, app-centric devices.