On the other hand, Quistic is a career-building online learning site focused on people who are not like you.

“How do we construct careers that work for 90 percent of the people in this country instead of celebrating the crazy lives of startup founders in New York or San Francisco?” Trunk said. “Most people want to go home at 5 p.m. and be with their kids — these are not stupid people.” 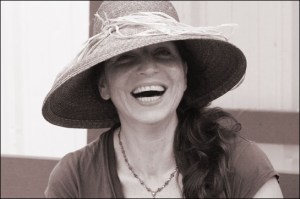 I heard those words over the shouts of her kids, who were playing on her farm in Wisconsin. The kids, who are not homeschooled but unschooled (“they’re really good at video games,” Trunk confides), are one of the reasons she doesn’t live in Silicon Valley or Silicon Alley — along with farming, making goat cheese, and spending time with her husband. Occasionally she covers the phone and tells the kids to quiet down: work/life balance talk meeting walk.

The plan for Quistic is to help those 90 percent of people who want to get the paper in the morning, go to work at 9 a.m., get home and coach Little League, and spend the weekend BBQ’ing with the in-laws. It’s not exactly the startup life … but exactly the kind of life that most of America dreams of.

And the challenges to securing that life — a good version of it — are real.

“If you want to do a startup, there’s training for that: how to write a business plan, how to get funding, how to build an app,” Trunk says. “It’s not quite as intuitive to learn how you get into middle management.”

So Quistic is going to build on her history as the Brazen Careerist and teach people how to navigate the corridors of corporate America and annex just exactly what they need to build a better life with a reasonable salary and a degree of professional accomplishment. It’ll feature four-day courses or seminars like “how to get your dream job” or “how to get that promotion/raise,” “how to make your 20s count,” and so on, for $150 to $350.

This is from a woman who is so career-driven in spite of the farm, Wisconsin, and the goat cheese that she has to give herself rewards for sex — “sex only takes eight minutes, we timed it” — so she won’t work all the time, doing that extra post, that extra deal, that other marketing plan, that extra bit of course development.

In other words, acting like the startup founder, she is helping people not to be (which, by the way, there’s actually a course on, too).

There’s no doubt she’s got a great foundation to start from. 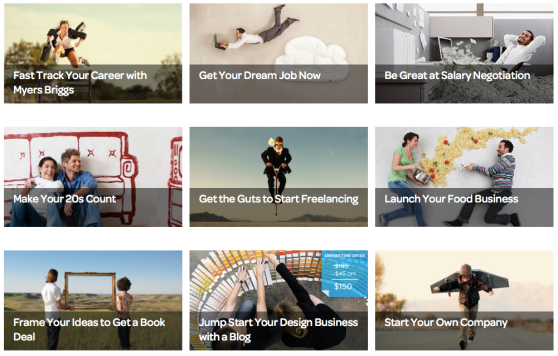 “Inc. Magazine called me the world’s most influential career coach,” Trunk tells me. “That’s because I speak the language of a normal person — even though when people read me they think, I can’t believe she said that.”

(I agree: I’ve had that exact feeling several times already in this interview.)

Trunk is a single founder for Quistic, although she’s drawing on a wide pool of friends to help her create the courses. She cites the example of Khan Academy, which started with just one person, and says that she wants to make sure the site starts right before bringing too many other primary course authors in. Early results are positive — Trunk essentially beta-tested the concept with her circle of friends, and with one blog post on the first course “made $80,000,” she said. 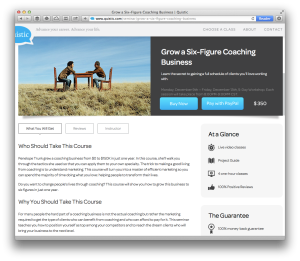 The key is understanding yourself, so Quistic will also have self-discovery modules.

And, I assume, having fun.

“I’m not that disciplined a person,” she says, as I try to act surprised. “I’m very off the cuff, but people love it. I want career education to be more like a party, and less like a lecture.”

Because, as most of us who have had a decade or two of career shifts and switches under our belts know, there’s something unplanned and magical and odd and serendipitous about the jobs we take and the changes we make.

Which means that Quistic might just be crazy enough to work.