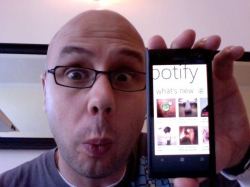 The ownership of a moderately popular Twitter account and the value of the account’s 17,000 followers are at the center of an ongoing legal dispute.

In the case of the stolen Twitter followers, or PhoneDog v. Noah Kravitz, PhoneDog, a mobile review site, alleges that former staffer Noah Kravitz misappropriated trade secrets by changing the password and name of a Twitter account he used while employed by PhoneDog. PhoneDog argues that Kravitz caused the company $340,000 in damages.

VentureBeat has also uncovered evidence to suggest that there’s more than a little Twitter envy going here. The PhoneDog lawsuit over Kravitz’s Twitter account may be a retaliatory response to a lawsuit Kravitz filed earlier this year.

In October 2010, Noah Kravitz parted ways with the mobile review site where he served as Editor-in-Chief, contributing written and video content, since April 2006. On June 8, 2011, a case entitled Kravitz vs. PhoneDog and Tom Klein (founder of PhoneDog) was filed (Case#: RG11579535) at the Fremont Hall of Justice, a County of Alameda court. In the lawsuit, Kravitz, the plaintiff, argues that he was a vested partner and owner of PhoneDog and entitled to 15% of the site’s gross advertising revenue, even after he had terminated his employment.

Kravitz, in the lawsuit, accuses the defendants of fraud, breach of contract and unlawful conduct because the company has not paid him the agreed upon share of gross advertising revenue. PhoneDog claims that Kravitz was not an employee (i.e. he was a contractor) and not entitled to employment claims. The case remains open with hearings scheduled for 2012.

“I filed suit after trying to unsuccessfully work it out on our own,” Kravitz said. “I tried to get them to uphold their side of what I thought we had agreed to. I felt that I had upheld my side. I didn’t get anywhere directly with them, so I sought legal advice and here’s where we are.”

PhoneDog filed its own lawsuit against Kravitz on July 15, 2011, but this lawsuit was centered around the aforementioned Twitter account and the $340,000 in alleged damages.

The company claims that Kravitz opened the account on its request and that its followers are “akin to a business customer list.” The Twitter account in question had 17,000 followers, each valued at $2.50 a month according to “industry standards,” when Kravitz left PhoneDog.

Kravitz, currently the Editor-at-Large at TechnoBuffalo, challenged the financial calculations and PhoneDog’s claim of ownership over the account, but a judge ruled Tuesday to deny his request to throw out the case. The judge also dismissed PhoneDog’s intentional and negligent interference claims, but the case remains open.

“I am also alleging that PhoneDog never asked me for the account back,” Kravitz said in a statement to VentureBeat. “They actually said to me … ‘go ahead and keep using it, all we ask as a favor is that you tweet some things on our behalf.'”

“Since the creation of our very first account, our primary Twitter accounts have utilized a naming convention with the PhoneDog trademark to purposefully promote the brand along with the company’s editorial team,” a PhoneDog representative said in a statement to VentureBeat. “All of our social media accounts, content, and their related websites are extensions of our online publications. Our social media efforts were established to increase exposure for our web properties and to increase the brands’ identity and not any one individual after he or she departs the company. The costs and resources invested by PhoneDog Media into growing its followers, fans, and general brand awareness through social media are substantial and are considered property of PhoneDog Media LLC. We intend to aggressively protect our customer lists and confidential information, intellectual property, trademark and brands. Many of the statements made regarding the facts of the case are inaccurate. We intend to prove this in due process.”

The role that Twitter plays in this story of greed and revenge is quite fascinating. Who owns a Twitter account? Is it Twitter, an employeer or an individual? And what’s the value of a Twitter follower? A California federal court may be the first to decide legal answers to these questions.

Update: This article has been updated to reflect statements Noah Kravitz made to VentureBeat in an interview by phone. A statement from PhoneDog was also added.