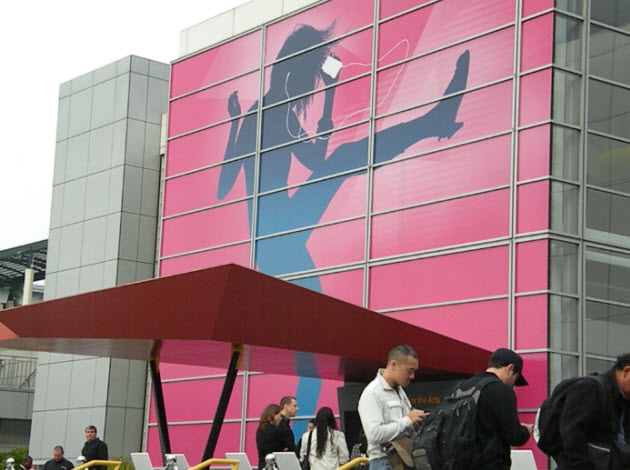 Apple’s event was at the Yerba Buena Gardens theater this morning in San Francisco. The press showed up as early as 8 am for the 10 am event. 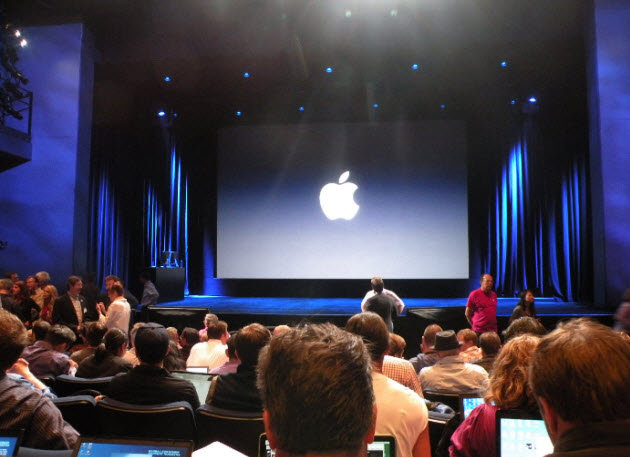 Here’s the way it looked inside the theater, with hundreds of press before it started. Eric Schmidt, chief executive of Google, was down in the front left side. 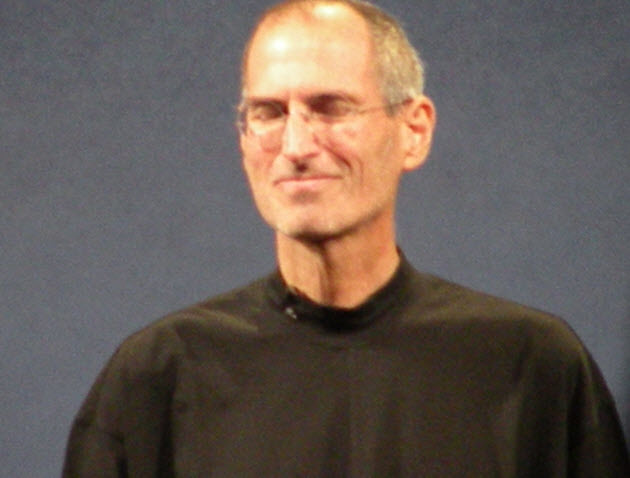 Looking gaunt but not fragile, Steve Jobs got a standing ovation when he walked out on stage. Here, he closed his eyes and then thanked the crowd. 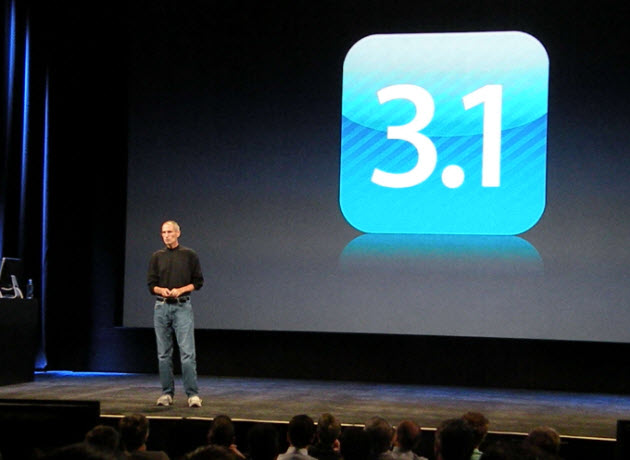 Jobs went into a description of the iPhone’s progress and announced that version 3.1 of the software is now available, fixing a lot of bugs. 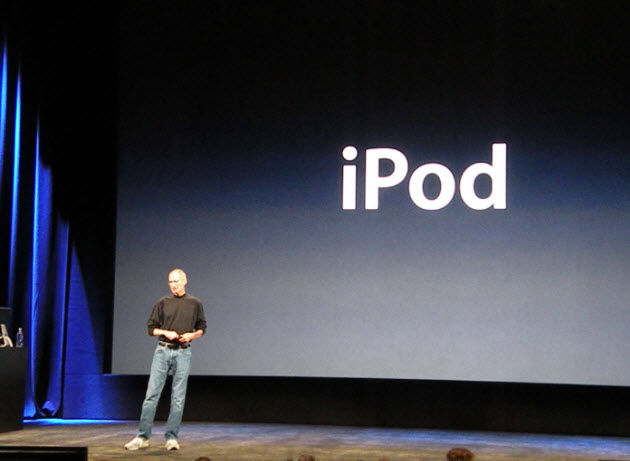 Jobs moved into the iPod discussion and handed the stage to a colleague. 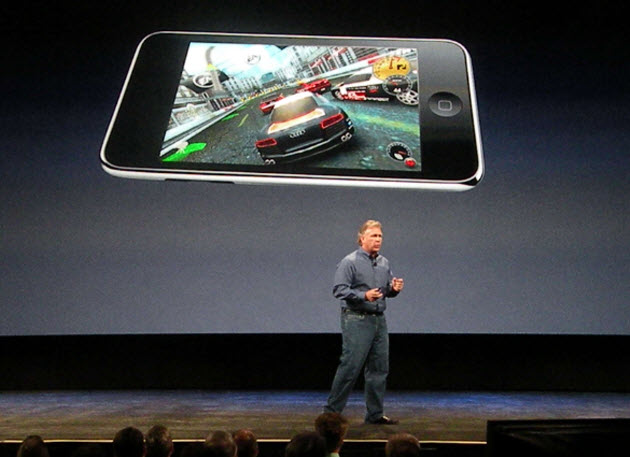 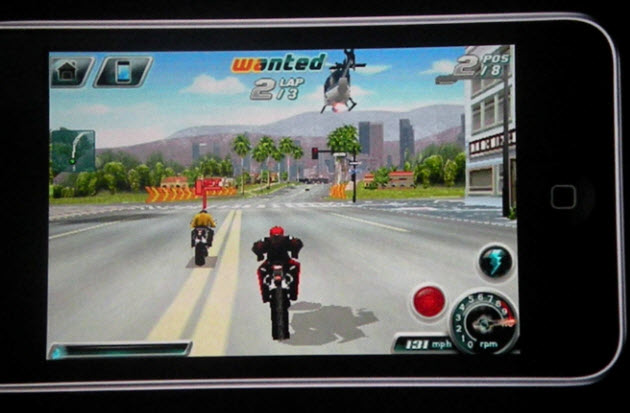 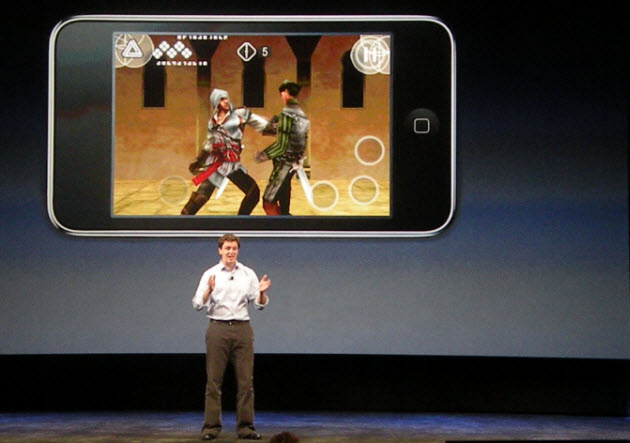 Ben Maddis of Ubisoft showed off a version of Assassin’s Creed II for the iPhone. 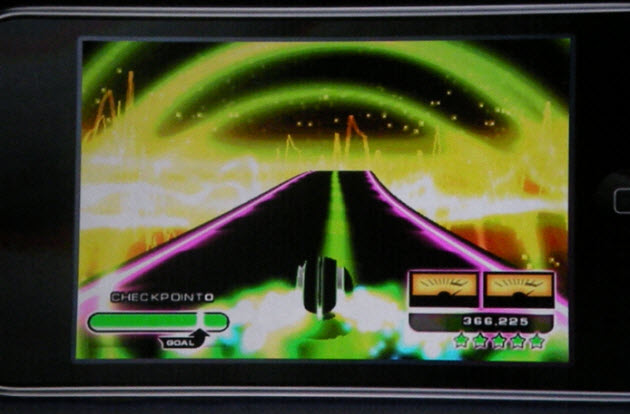 Here’s a shot of Riddim Ribbon, a new music game coming from Tapulous. 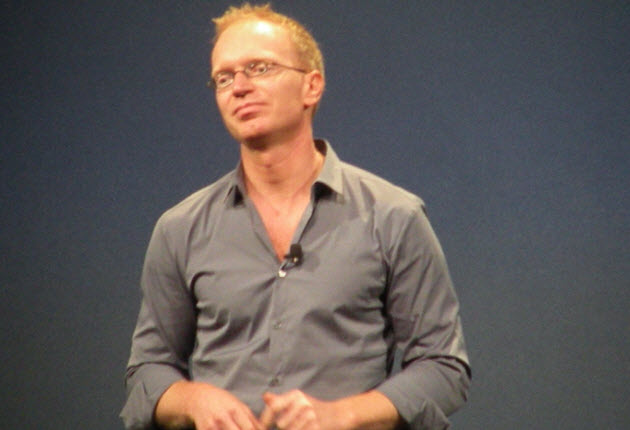 Bart Decrem, CEO of Tapulous, talked about the new music game that he hopes can be as big as Tap Tap Revenge, whose various versions have had more than 10 million downloads. 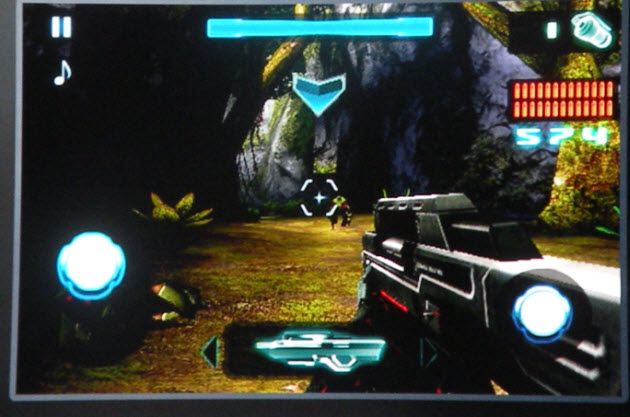 Gameloft showed off a next-generation shooting game, a sci-fi title dubbed Nova. It has been designed especially only for the iPhone. 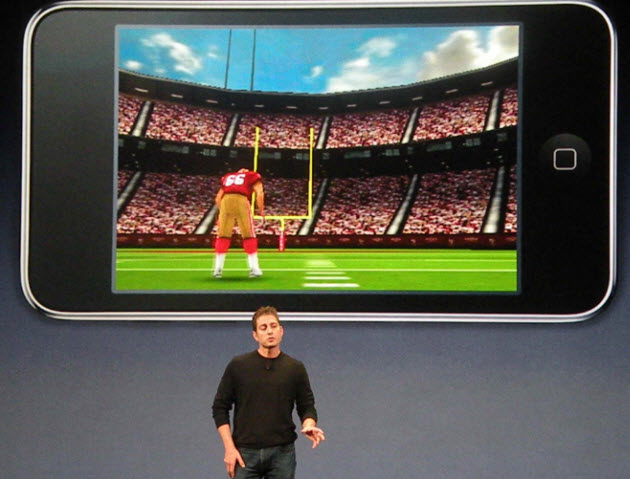 Travis Boatman of Electronic Arts showed off Madden NFL 10, the first time that the football franchise has made it to the iPhone. He said the game represents a major investment on a new platform. 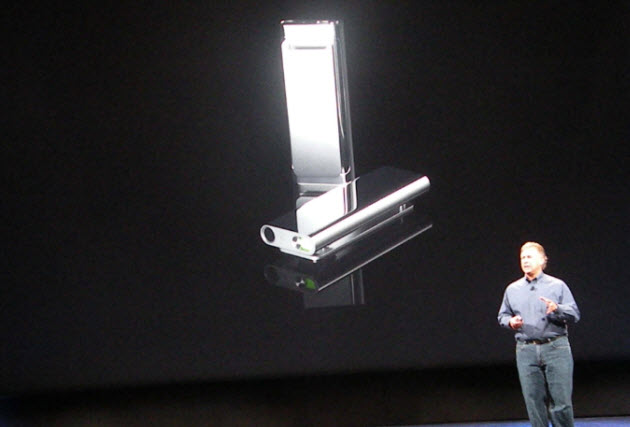 Schiller talked about cutting iPod prices and also introduced a stainless steel version of the iPod Shuffle for $99. 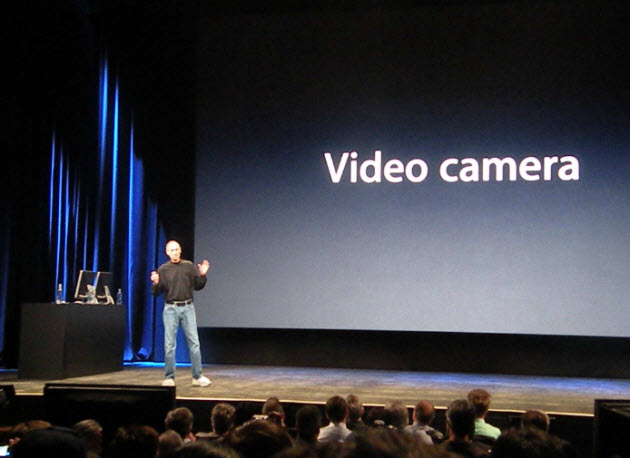 After saying, “one more thing,” (his classic line), Jobs said that Apple was going to put a video camera into the iPod Nano. 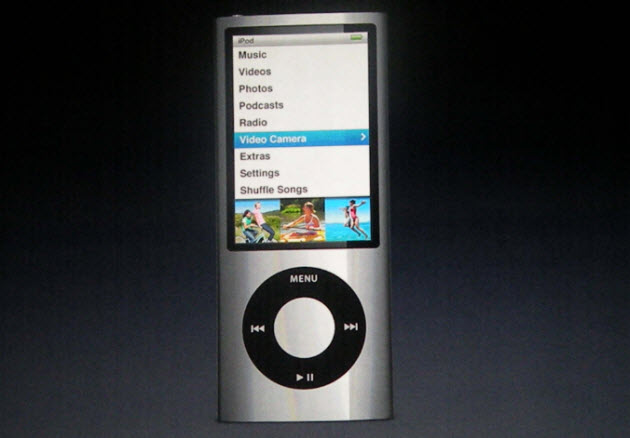 Here’s a shot of the new $169 iPod Nano. You can use the main menu to access the video camera easily. 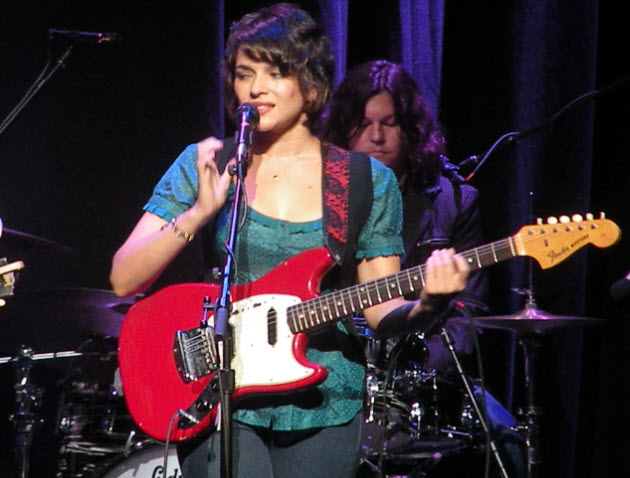 Jazz singer Nora Jones came out on stage and sang “Come Away With Me” and “Young Blood.” The latter is a new song from her upcoming album. 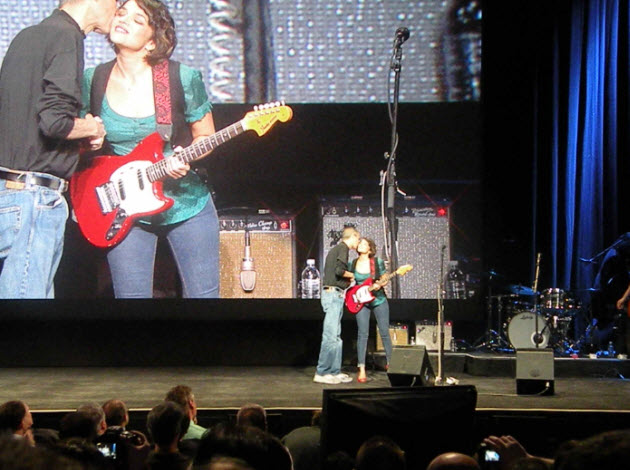 Jobs thanked Jones and closed the conference, without a reference to the rumored deal with the Beatles. 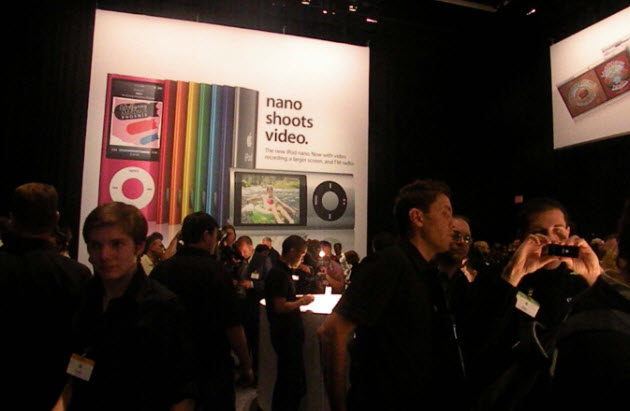 Afterward, Apple showed off new goodies to the press, up close and personal.