Pi-top, a fledgling ed-tech startup that encourages anyone to build their own computers and learn to code, has closed a $16 million round from U.K. investment firms Hambro Perks and Committed Capital.

Founded out of London in 2014, Pi-top offers a suite of hardware and software products with one ultimate aim: to give you a greater understanding of coding and computing. On the surface, it is seemingly geared toward youngsters in education, but the company is officially targeting anyone who wants to learn. “There are no boundaries — the Pi-top kit is for anyone wanting to get a greater understanding in computing and become a maker,” the company says in its marketing spiel.

So what is Pi-top, exactly?

The company’s flagship product is the $320 Pi-top, a Raspberry Pi-powered modular laptop that sports a slide-out keyboard so you can see its modular rail inside. It seems that the Pi-top arrives more-or-less fully assembled, though you are encouraged to build it out with additional accessories and components, such as speakers and prototyping boards. 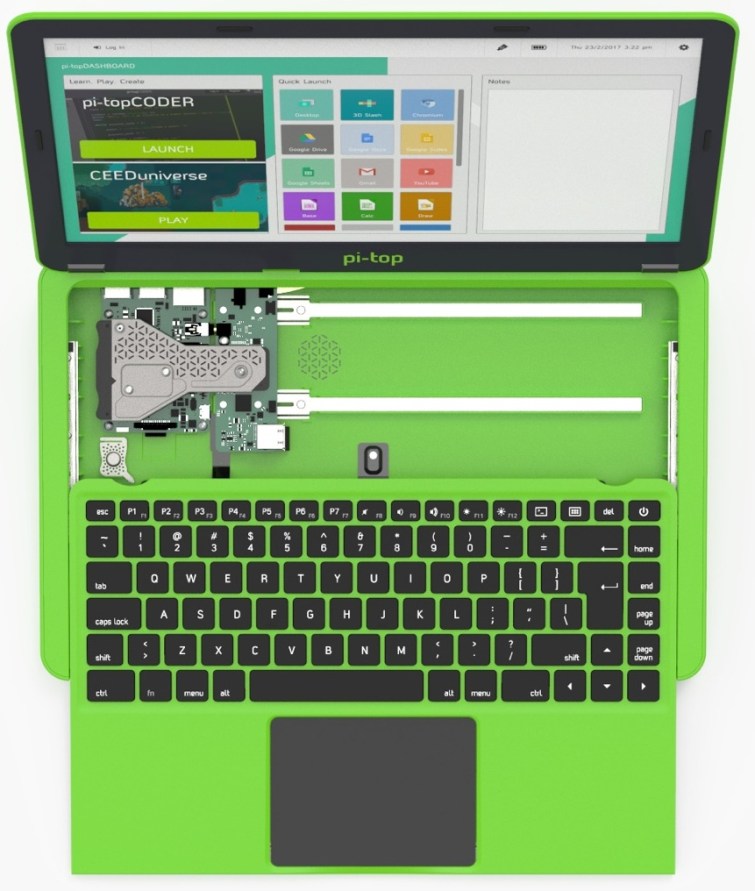 Underpinning the Pi-top is its proprietary operating system, called Pi-topOS, while accompanying apps and software guide users through coding and creation. An Inventor’s Kit offers more than 20 projects that blend coding with electronics, including a robot and a music maker. 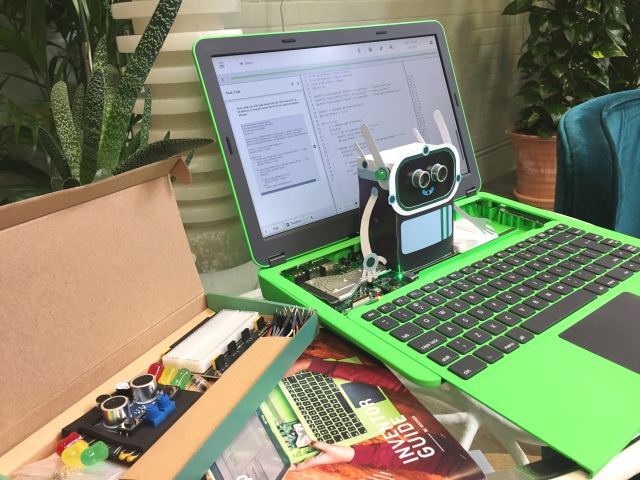 For those on a limited budget, Pi-top also offers the $150 Pi-topCEED, which is a pre-assembled desktop machine and sports a 14-inch screen. Moreover, Pi-top recently launched what it calls the Pi-top Learning System, a combination of products that includes hardware, software, training, and curriculum content aimed at educators in the STEAM (science, technology, engineering, arts, and mathematics) realm. It comes as a three-year contract, with subscription prices ranging from $10,000 to $15,000 each year.

“Our goal is to provide schools, districts, and governments with all they need to deliver the best learning outcomes possible, preparing students to be active and engaged contributors to a modern society and workforce,” said Pi-top CEO and cofounder Jesse Lozano.

Prior to now, Pi-top had raised around $6.5 million, and with its latest cash injection it plans to double down on its investments across sales, marketing, manufacturing, and operations to push out its product internationally.

“This latest round of funding reflects the value of the company’s vision and strategic direction as we strive to transform education through learning by making,” added Lozano. “We will use the investment to continue to expand our capabilities in manufacturing, marketing, sales, and operations to drive our global growth.”

Pi-top says it has already manufactured more than 100,000 devices and that its products are in more than 2,000 schools around the world.

A common thread permeating all these startups is Raspberry Pi, which provides the computing behind all the action. This also draws attention to the close correlation between hardware and software, as it teaches kids (or anyone) the fundamentals of building technology products. Underscoring this correlation, the Raspberry Pi Foundation merged with coding club network CoderDojo last year.

Pi-top’s 80 employees are based out of its London HQ, as well as offices in Austin (Texas) and Shenzhen (China). The company is also making some impressive hires, having recently snapped up former Apple director of learning Dr. William Rankin, who is now Pi-top’s director of learning and research. The company’s chief marketing officer, Tim Bush, and chief commercial officer, Mark Stewart, are also former Microsoft executives.

“The company has progressed a long way since it was just my cofounder Ryan [Dunwoody] and I working in my living room in London,” Lozano continued. “We’ve grown quickly and added fantastic talent because of our continued focus on education and learning outcomes in the classroom.”