Pinterest is doubling down on design, thanks to a new hire it’s announcing today. Susan Kare, the designer behind such well-known Macintosh icons as Lasso, the Grabber, and Paint Bucket, is joining the company as a product design lead. 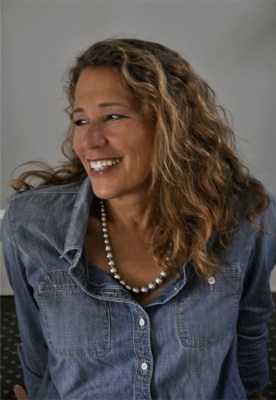 Kare will be working to further improve the interest-based social network’s interface, Pinterest told VentureBeat. However, what exactly she’ll be doing remains unknown. She’ll be reporting to Bob Baxley, who is the head of product.

Prior to joining Pinterest, Kare made quite an impact working at Apple–aside from designing legendary icons, she crafted some of the first typefaces, including Chicago, which was used in the first four generations of the iPod. She also spent time at NeXT, the company Steve Jobs founded after being ousted from Apple. Eventually she wound up running her own firm, called Susan Kare Design, where she designed icons for clients such as Microsoft, Facebook, Glam, PayPal, and others.

“As one of the small group of people who helped invent and popularize the graphical user interface, Susan’s contributions to this industry are immeasurable,” said Pinterest cofounder and chief creative officer Evan Sharp. “More exciting for us, though, are her current and future contributions at Pinterest. We’re always looking for that rare intersection of talent and humility…” 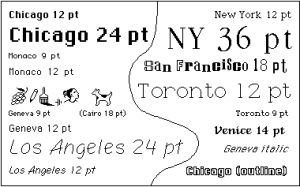 The addition of a high-caliber designer like Kare is a good indication that Pinterest isn’t resting on its laurels. It will be interesting to see if Kare can create iconic designs for the social network, like she did while at Apple, and how she will impact the future look and user interface of the site.

One of the things Sharp said he looks for in designers is someone who understands user interfaces, product, and experience. The ability to work across disciplines is something Pinterest says it holds as a company value, and as Kare has the credentials of  having both created design and worked with engineers, she’s expected to be a good fit for the company.

“I’m looking forward to working with such a passionate design team; the talent pool at Pinterest is impressive, and I’m excited to get started,” Kare said in a prepared statement.