Pinterest, the startup whose app lets people pin photos and other content to boards and even buy things shown in pins, today announced that the buy buttons that first appeared on the app are now coming to the web version. The startup is also adding a shopping bag that will follow you across devices. 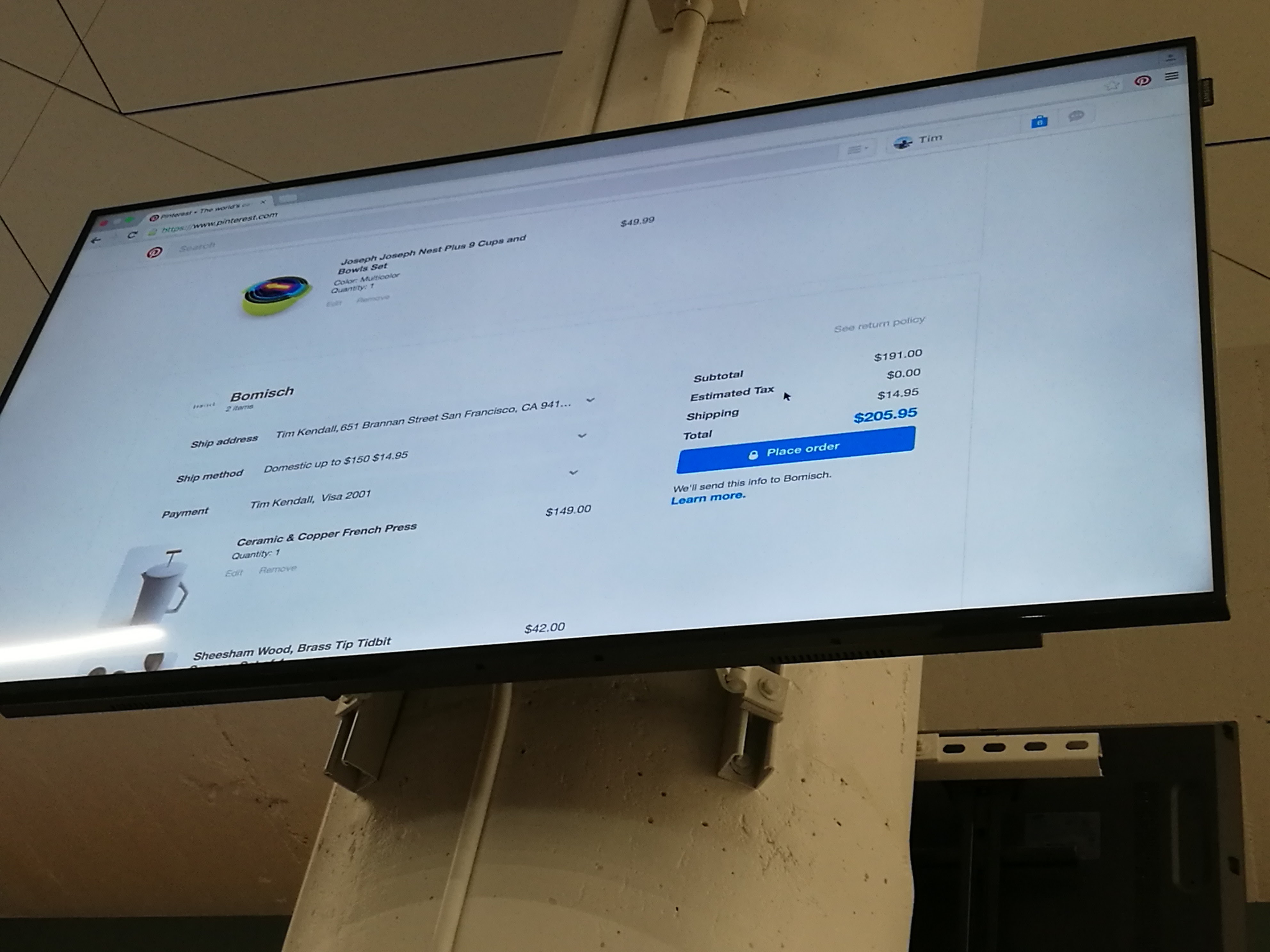 Above: Making a purchase from the new shopping bag on Pinterest on the web.

The bag is a modern implementation of a shopping cart — no longer will Pinterest exclusively be letting its partners handle purchasing. There’s even a new Pinterest Shop, with sections for Top Shops from vendors, Pinterest commerce product marketer Amy Vener wrote in a blog post.

For buyable pins, you can now see other products from specific vendors. So for a pin of a Kate Spade bag, you’ll see below the pin a few other bags from Kate Spade. 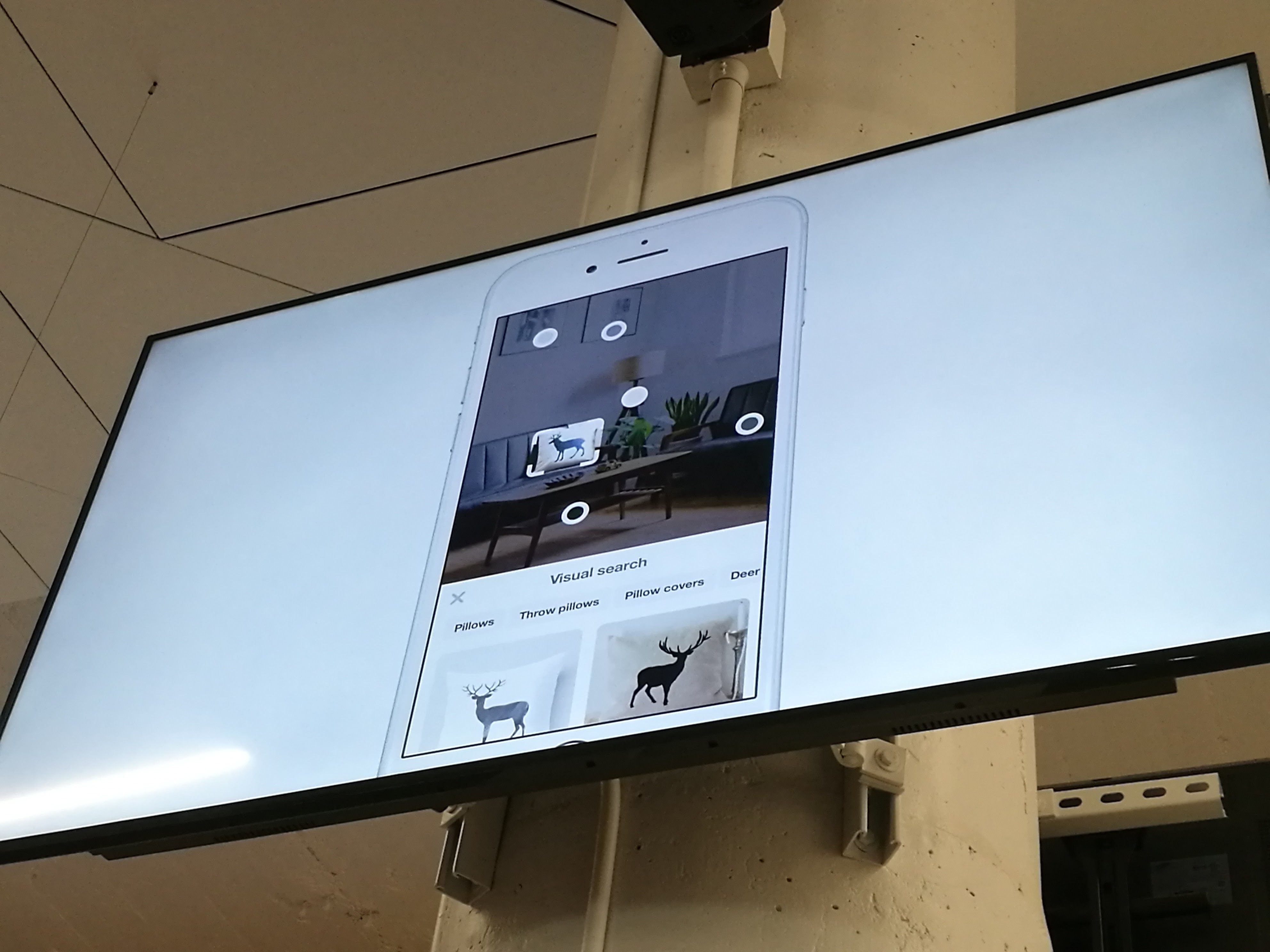 Above: Pinterest visual search with the camera on iOS.

Pinterest also introduced an enhancement to its visual search capability, which started rolling out last year. Starting on the Pinterest iOS app, users will be able to tap the camera button at the right of the search box and open up the camera on the mobile device and shoot a picture of something they’re interested in.

From there, the app will respond by showing dots over some of the objects that are recognized in the picture. Users can then tap on those dots to get those objects highlighted and see pins below that are similar to what’s highlighted. There are also tags for words that describe the objects detected in the image.

And the usual process of running a visual search within a pin has also changed a bit. You won’t need to hit the visual search button at the top right of the image and then manually highlight an area; just like with visual search using the camera, you can just tap the dots that are already placed on the image for you.

The technology is based on deep learning, a type of artificial intelligence that involves training artificial neural networks on lots of data (like photos) and then getting them to make inferences about new data. The specific implementation includes convolutional neural networks as well as residual networks, said Dmitry Kislyuk, a software engineer on Pinterest’s visual search team.