Pinterest today is announcing that it’s now using a type of artificial intelligence called deep learning to recommend Related Pins, one of the most important features of its app for saving images and other content to boards. Related Pins, which appear below pins on Pinterest’s web and mobile apps, are what they sound like — pins that Pinterest thinks are related to the current one.

This builds on Pinterest’s use of deep learning — which generally involves training artificial neural networks on lots of data, such as pictures, and then getting them to make inferences about new data — for visual search, which lets users select regions of images and then find visually similar pins on Pinterest. Deep learning also lets Pinterest users tap on dots that appear above objects in an image to find pins with similar objects.

Pinterest has experimented with using deep learning for Related Pins as far back as mid-2015. The exact approach has been refined since then. For example, the team has started using the TensorFlow framework that Google open-sourced in November 2015. 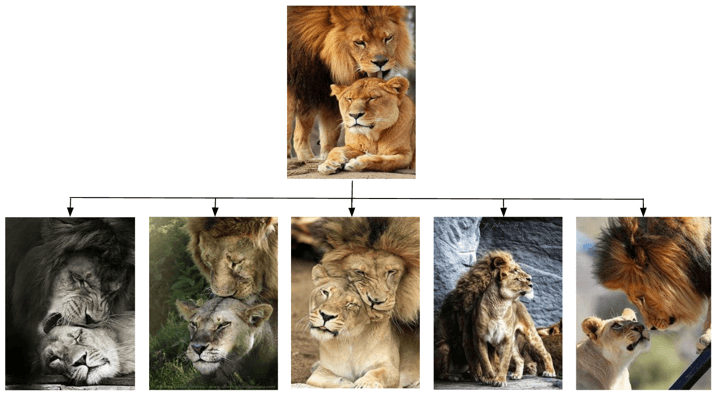 Like Facebook, Google, Twitter, and other web companies, Pinterest does a lot with data to optimize its own services. Machine learning in general has been widely used at Pinterest for years and indeed has helped it with recent achievements like surpassing 150 million monthly active users. Web companies — as well as some older technology companies like Apple and Microsoft — have also embraced deep learning in certain places, and Pinterest set off on that path after acquiring the deep learning startup VisualGraph three years ago.

In a blog post today Pinterest software engineer Kevin Ma explains how the Related Pins system still draws on board co-occurrence — the idea that if five people pin the same photo, the pins that also appear on those people’s boards are likely related to the original photo — but now also uses Pinterest’s Related Pin recommendation system, which goes by the name Pin2Vec. Relying exclusively on board co-occurrence isn’t perfect, partly because sometimes people change what they pin to a given board as time goes by. The deep learning method takes into consideration what people save and click on, and so it’s effectively trying to predict what users will save and click on next. The result is Related Pins that are more relevant to users, Ma notes — it has increased Related Pins engagement by 5 percent.

But that doesn’t mean good old co-occurrence is going away. It still plays an important role.

“In our tests, we’ve found the board co-occurrence is better performing for long tail Pins that are sparse in engagement data,” Ma wrote.