Pinwheel is currently in private beta; Fake says it’s a way to “find and leave notes all over the world… A note, like a photo, can be a container for all kinds of things. It is the perfect social object.”

The notes users create are pinned to locations. They can be public, private, or shared, either with one person or with an entire group. You can organize your notes into sets, making for great social travelogues or linked-data memoirs.

Also, users will be able to follow activity from specific people and in specific places; they can also follow sets. Following breeds mobile notifications, of course, which Fake says are coming soon.

“Stories, advice, jokes, diatribes, information, memories, facts, advertisements, love letters, grocery lists, and manifestoes can all be put into a note,” Fake concluded. “It is the perfectly constrained, perfectly open thing that you can make into what you want.”

Fake also said she’s got her monetization strategy on lock in the form of sponsored notes. As several location-based apps have already proved, venue-tagged data makes for some mighty attractive local advertising for brands large and small.

We’re including a screenshot or two of the app below.

The startup just closed a round of funding led by Redpoint Ventures with participation from True Ventures, Betaworks, Founder Collective, SV Angel, Obvious Corp, and a few angel investors, as well. The terms of the deal were not disclosed.

The startup is headquartered in the lovely Hayes Valley neighborhood of San Francisco and is currently hiring iOS developers and content interns. 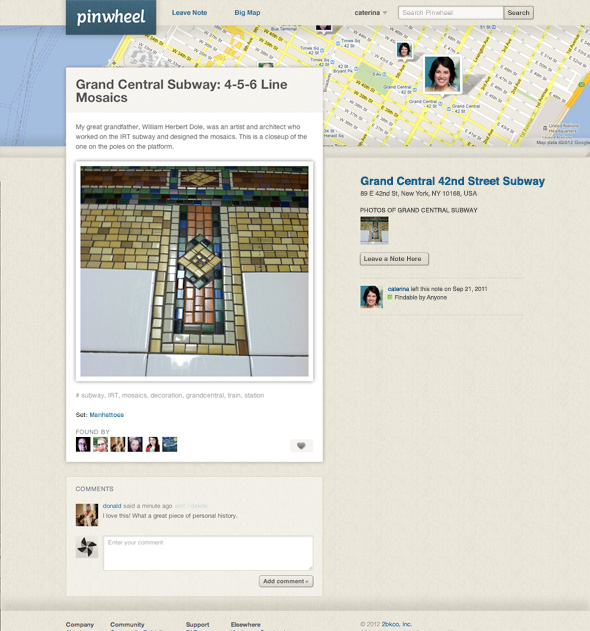 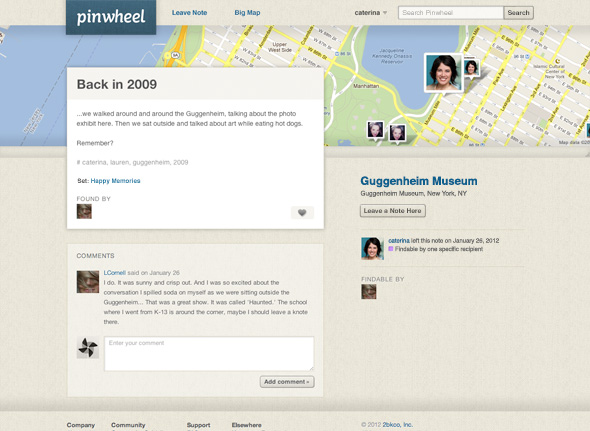