Piper has announced the next version of its Raspberry Pi-powered DIY computer building kit for kids.

A few years back, the San Francisco-based education technology startup debuted its first Piper Computer Kit, which consists of an array of buttons, wires, batteries, buzzers, speakers, switches, and a screen. It’s aimed at helping kids learn the basics of engineering, circuitry, programming, and problem solving by building a computer from scratch and using the Raspberry Pi Edition of Minecraft.

Fast-forward to today, and Piper is debuting Piper Computer Kit 2, which ushers in a number of upgrades over its predecessor, including a larger 9-inch screen (2-inch increase) with higher resolution, a built-in speaker, and longer battery life. 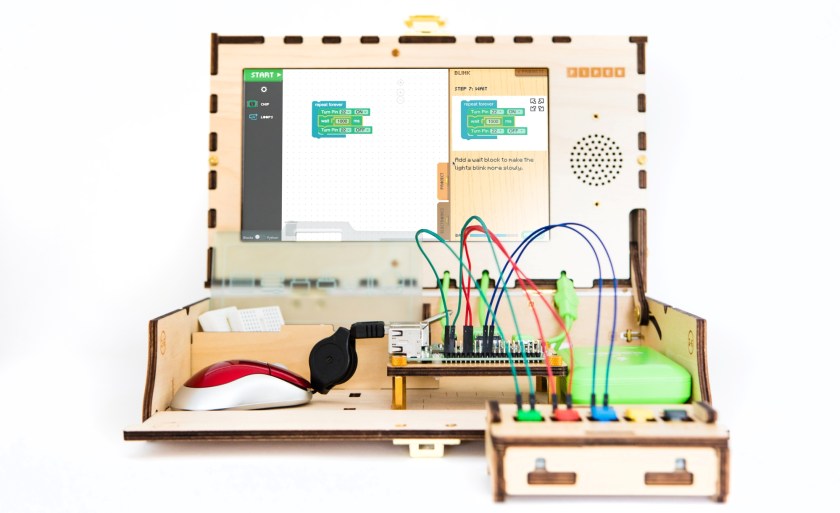 It’s worth noting here that the new kit also now ships with an AC adapter. This means you no longer have to disconnect the battery and charge it separately; you can now use the Piper kit while it’s plugged into an electrical outlet.

As with the previous model, the Piper Computer Kit 2 leverages a programming environment called PiperCode that’s built on Google’s visual programming language, Blockly. This is about encouraging kids to learn the basics of coding without throwing them in at the deep end.

Though there are design variations between the two kits, the core selling point remains the same. When kids open the box, they are presented with a set of instructions that guides them through the process of building the computer — this includes physically piecing together the various wooden parts that make up the casing and plugging the Raspberry Pi microcomputer and related hardware together. 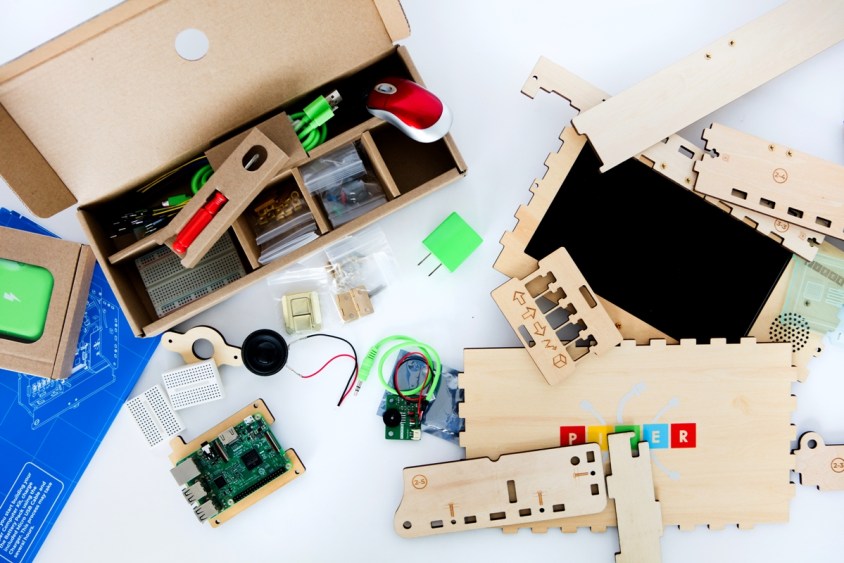 Launched in 2014, Piper is one of a number of DIY kit-making companies designed to help fledgling coders learn the basics of the craft. London-based Kano sells a variety of kits available to help youngsters learn about electronics and programming, including the Harry Potter Coding Kit. Elsewhere, fellow U.K. startup Pi-top last year raised $16 million for modular PCs designed to teach the fundamentals of coding.

Piper has raised a little over $11 million in funding since its inception, including a $7.6 million series A round back in 2017. The company also ran a successful Kickstarter crowdfunding campaign in 2015.

The DIY maker market is big business, it seems. And with the growing push toward digitization across most industries, parents around the world will want to equip their children with the skills needed to prosper in the world of tomorrow.

“Our kids are growing up with a new type of magic — the magic of technology,” noted Piper founder Joel Sadler. “But in a world saturated with smart gadgets, iPads, and ‘Alexas’, we don’t want our kids thinking of these devices as mystical objects. Rather, the sooner they see the inner workings of everyday technology, the quicker they can learn to master technology as a second language — a language that will be essential for their digital futures.”

At $299, the Piper Computer Kit 2 costs the same as its predecessor, though the first incarnation has been on sale at an $80 discount for a while — an incentive that was presumably put in place as the company geared up to launch the kit’s successor.