When you have a lot of customer traction, it isn’t hard to raise more money. Pixim, whose chips are used in hundreds of models of security cameras, has proven that by raising $13 million in a new round of funding from existing investors.

That means the company has raised over $100 million since its launch in 1999. Backers for the maker of image sensors and processors include Mayfield Fund, Ridgewood Capital and Tallwood Venture Capital. The Mountain View, Calif.-based company will use the money to accelerate its expansion in overseas markets, fuel new product development, and expand its marketing and sales programs. 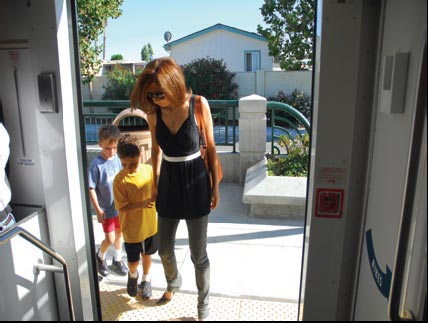 Pixim’s chips have image sensors that can capture a lot of data quickly. The images exhibit wide dynamic range — the ability to capture bright and dark parts of a scene at the same time. That’s useful for better security camera images. For instance, when sunlight is shining through a glass door, viewers can discern faces both inside and outside the door.

While cameras with Pixim chips can self-adjust for lighting conditions, other cameras that use older technology don’t deal with problems like glare or reflections.

Other companies thriving in the security video chip market include Stretch, which has also raised $100 million since 2002. Stretch makes analog video processing chips that often sit alongside chips made by Pixim.

The chips are used in more than 300 cameras that ship in 90 countries. The markets include financial services, retail, and transportation. One of the fastest-growing markets in the world is China, where the high priority on surveillance has led to the adoption of high-end security technology. China is about 15 percent of the business, but Korea and Taiwan are also big markets, as are the U.S. and Europe.

Customers include the biggest makers of security cameras: GE Security, Honeywell, JVC, Pelco, Dallmeier, and Siemens. Competitors at the high end include rivals such as Sony and Panasonic, but there are fewer companies than there used to be designing their own chips for use in security cameras. Sharp also makes a mid-range chip for security video cameras. There are low-end sensor makers in Korea as well. The company raised $5.1 million earlier this year and has now raised $106.7 million.