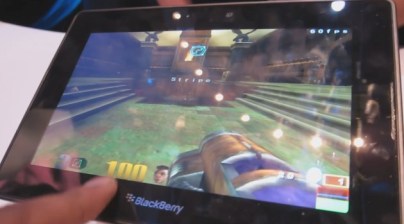 Research in Motion has finally unveiled the launch details for its long-awaited BlackBerry PlayBook tablet: It will hit stores on April 19 and start at $499 for the 16 gigabyte version, the same price as the iPad 2.

RIM’s pricing makes the PlayBook the first real competitor to the iPad in terms of both pricing and features. Motorola’s Xoom Android tablet, which launched last month, is feature packed and offers 32 gigabytes of storage, but it retails for $699 to start. Motorola is planning a WiFi-only version for $599, but most consumers will still consider it more expensive than the iPad, even though it has more storage.

Also like the iPad, RIM will offer a 32GB version of the PlayBook for $599, and a 64GB version for $699. All of RIM’s current PlayBook offerings will be WiFi-only, with mobile broadband versions (likely with both 4G and 3G support) to come later in the year.

Best Buy will start taking preorders for the PlayBook today. Other retailers include Staples, Office Depot and RadioShack.