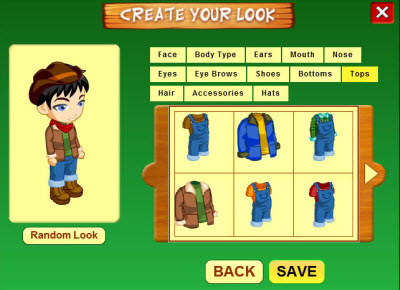 Playdom is one of the red hot companies in social games, having announced a $43 million funding round this week. But its success has been mostly in making games on MySpace. Now it is announcing two acquisitions that will expand its presence in both Facebook and iPhone games.

The Mountain View, Calif.-based company has acquired Facebook developer Green Patch and iPhone developer Trippert Labs. The deals will bring aboard 15 full-time employees and 65 contractors. Altogether, Playdom now has 210 full-time people, with most of those hired this year. It also has about 80 contractors. The deals will help Playdom better compete with its social game rivals, Zynga and Playfish. The latter was acquired for up to $400 million this week by Electronic Arts.

But Playdom has been on a tear itself. It has eight of the top 25 games on MySpace, and this summer it hired John Pleasants, the former No. 2 executive at Electronic Arts, as its CEO. Rick Thompson, chairman of Playdom, said in an interview that the company raised its big round of venture money to facilitate acquisitions and that these two deals are strategically positioning Playdom across more social game platforms.

“The events were decoupled, but our motivation for raising money was to enable us to grow through acquisitions,” Thompson said.

Regarding EA’s acquisition of Playfish, he said the move validated the market.

“It certainly seems like we are catching a wave here,” he said.

But he said the company is building its infrastructure so that it can “go the distance.” Thompson said Playdom has been profitable for five quarters now and that it is generating sales above a $50 million annual run rate. That growth, fueled by virtual goods purchases in its free social games, has helped it generate a lot of cash to hire people. Thompson said 15 new people are starting this week, and 25 are starting next week.

Trippert Labs, based in Palo Alto, Calif., has been working with Playdom for a while and will have a new game when Playdom announces a couple of new games in the near future. But Thompson said the fruits of the rapid expansion this year will largely pay off in 2010.

Green Patch, based in Menlo Park, Calif., already has popular games on Facebook such as Farm Life (pictured at top), which has a million daily active users. Green Patch has more than eight million monthly active users on Facebook. Playdom itself has 28 million monthly active users. Trippert, meanwhile, has dozens of games already available on the iPhone, including several that have hit No. 1. Over time, Playdom believes it can cross-promote its games and build a network of loyal fans.

Terms of the deals were not disclosed. Among its achievements, Green Patch used its games to raise $250,000 for the nonprofit Nature Conservatory. Green Patch’s founders, David King and Ashish Dixit, will join Playdom in leadership roles. King will become a vice president, and Dixit will become an executive producer. Together they will grow their existing team of 15 game designers and developers into a bigger game studio.