PUBG has serious competition from the mobile version of Fortnite, but the daily active players, a reference to those who return to the game every day, are impressive.

Tencent and PUBG Corp. released on the App Store and Google Play Store internationally on March 19. In addition, PUBG Mobile has claimed the most downloaded spot in more than 100 countries and areas. It took PUBG Mobile less than a week to become one of the fastest games to achieve this performance. 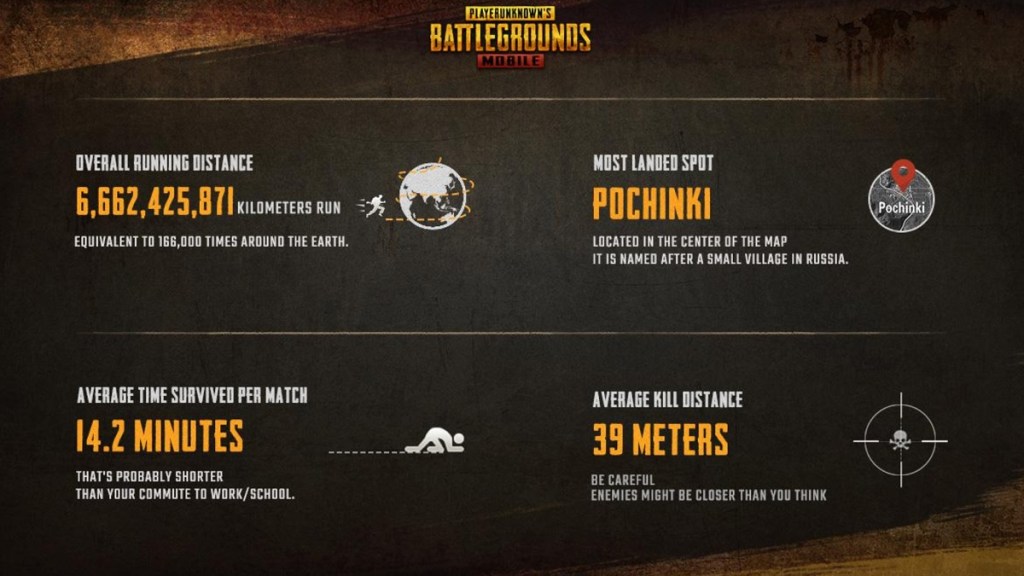 The PUBG MOBILE development team created the user interface so that mobile players can play as intended on their specific devices. The team paid special attention to the controls and optimization to give players a smooth, intuitive and immersive experience. The team is also updating the game with new content every month.

PUBG Mobile is available to download for free on the App Store and Google Play.