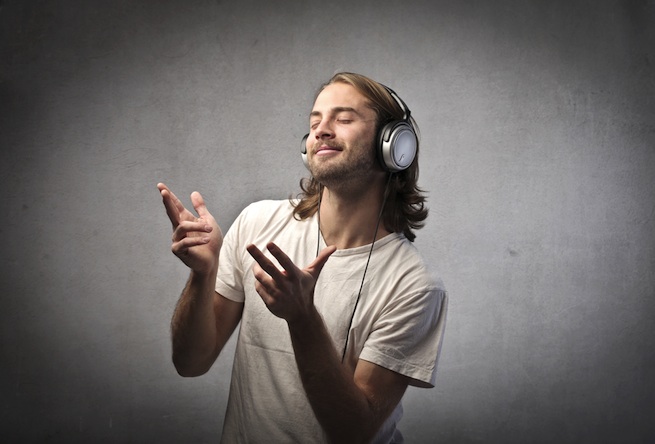 This may be the Holy Grail for music technology. The team behind Playground.fm has found a way to give you unlimited free music on mobile without paying those pesky royalty fees that have crippled the competition by using songs that its user community owns.

Playground.fm is a free music service for iPhone, iPod Touch, and iPad, and it’s launching today. The app is the brainchild of Austin Soldner, a designer-cum-DJ, Vivek Agrawal, a web developer who co-produced the award-winning soundtrack for hit flick “Slumdog Millionaire”, and Mehul Trivedi, an Apple-trained engineer. 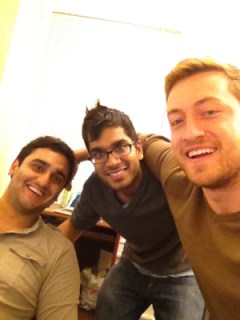 The company’s tagline is “human powered radio,” which takes a page from Pandora’s book. However, unlike the Internet radio giant, it’s not designed to be a solo listening experience.

Download the app and you’re immediately prompted to log in with Facebook. You’ll then be offered a selection of music playlists created by the several-thousand strong Playground community, such as ’90s hits or Indie Rock.

It’s easy to create a playlist: Simply drag and drop songs from your iTunes music library or Spotify premium account. This is how the company avoids the royalties problem — the songs have already been paid for by individual users. Fuzz, a recently launched music startup, has a similar solution to avoid paying licensing fees.

“We loved the ease of a leanback music service like Pandora, as well as the power of a strong social music community on Spotify,” said Trivedi, Playground’s cofounder and technical lead. “So we asked ourselves, how could we build a service that brought the best of both worlds?” Trivedi and Agrawal, both software engineers, initially formed the idea for the service as students at Stanford University.

Playground.fm merges the best of its competitors: Turntable.fm, Spotify, and Pandora. There are no ad breaks, so it’s ideal for a party, or you can tune in during your morning walk to the bus. The lack of gimmicky “gamification” features makes for an easy, ambient listening experience at the office.

Social elements are weaved into the design; at any time, you can see which of your friends are listening and follow them on the app. In a cool twist, once you start listening, the algorithm suggests you follow strangers with a similar music taste. It’s an evolution from Pandora’s recommendations engine, as you can discover music through your friends, rather than through genomes or editorial teams. 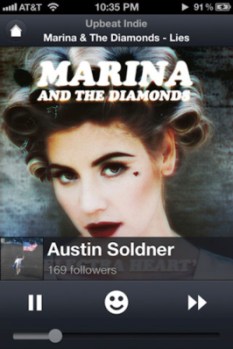 We have been following these guys for months — they frequently host “bring your own beats” events in San Francisco to bring together the budding user community. They are also on the radar of top music bloggers, artists, and DJ’s, who have created their own playlists.

The major step for the company will be to experiment with revenue models that don’t disrupt the user experience. Similarly to a competitor service like TuneIn (full disclosure: I worked at this startup for a summer), in-app ads and strategic partnerships may be their only option.

As with other music startups, Playground.fm may also experiment with ways to mine its user-generated data — as it scales up, it will have valuable information about our listening habits.

The company has raised $850,000 from DCM, Charles Huang (co-founder of Guitar Hero), and Andie Simon (former VP of Warner Music) among others.