Most gamers dream about being Ninja, a video gamer who became the No. 1 social “influencer” in sports — beating out Cristiano Ronaldo, Neymar, Lionel Messi, and LeBron James — by playing Fortnite, earning on average $400,000 to $500,000 a day. That’s the crest of the Leisure Economy, or the economic change that comes as people get paid to play games.

Playgroundz, a video game data analytics and research platform described as a “Google” for video games, has taken a deeper dive into this phenomenon with its Leisure Economy Research Study, developed in tandem with video game database API, Internet Game Data Base (IGDB), and video game market research company NPD Group. This reinforces one of our themes for the GamesBeat Summit 2019, which takes place on April 23–24 in Los Angeles.

The study’s findings reveal data showing the evolution and reasons behind the rise of professional gamer compensation, the impact of changing demographics on the gaming landscape, and a future outlook for esports and influencers. Some of these people are rarities, or the tip of the Leisure Economy, as they’re often celebrities who draw more attention and money than the masses. 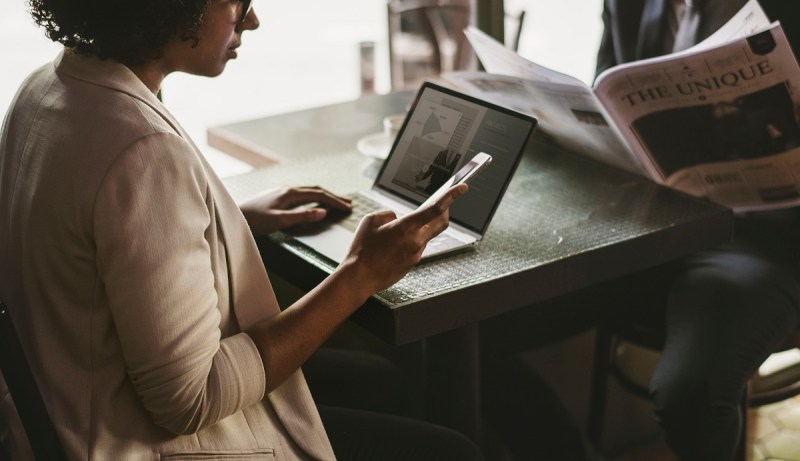 Above: Women are leading spending in gaming.

But there’s also a growing long tail behind this phenomenon. Fueled by new technology, more accessibility for consumers, and new content models that act as growth accelerators for gamers, developers, and publishers — the modern-day video game industry is booming. Over the past several years, new revenue streams have led to the rise of the Leisure Economy — which in the game industry represents the idea that gamers can earn a living by doing what they love — playing games.

Michael Yum, CEO of PM Studios and development chief for Playgroundz, believes the Leisure Economy is here to stay, noting the industry understands the important roles and values gamers bring to the ecosystem.

“In 2018, the video game industry far surpassed Newzoo’s market forecast of $115.8 billion by an additional $22.1 billion,” said Yum in a statement. “Everyone in the industry is trying to develop their business around the rise of women in gaming, esports and new ways of compensating gamers. Just look at a gamer like Tyler “Ninja” Blevins — he is already earning more than many famous athletes, musicians and actors, has as much notoriety and influence and will only continue to grow his earning power.” 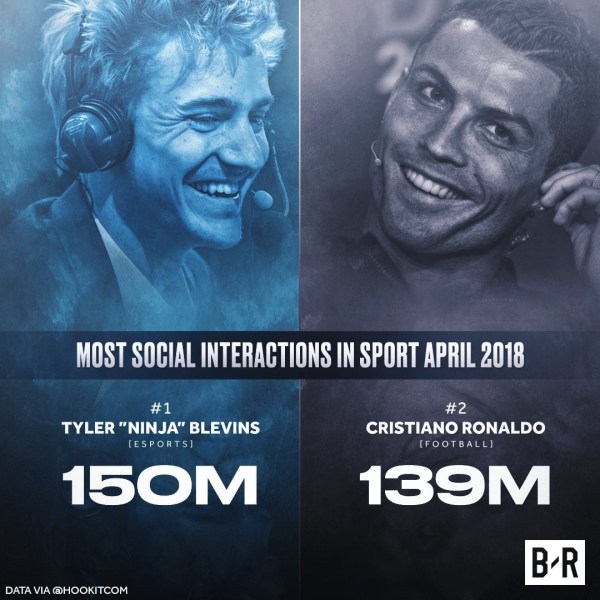 The video game industry is nontraditional when it comes to compensation, as evidenced by the incredible amount of income gamers generate from a viewer audience. Using services like Twitch, Mixer, and Mobcrush, gamers can receive compensation ranging from 10 cents to $1 per hour per viewer count, plus income generated from that day’s sponsorships and donations.

Research study findings reveal the following: The average salary of professional gamers has increased by 347 percent since 2016, from an average of $2,800 to $12,500 a month, according to Playgroundz.

“With the advent of new technologies and streaming services, professional gamer compensation has risen at such a rapid rate that the industry has begun looking to new ways to compensate gamers that are transparent and fair,” said Yum. “Blockchain, for example, has the power to decentralize the gaming ecosystem and balance out the playing field for gamers. We are going to continue to see more gamers voicing their concerns around revenue generated from ads while they are gaming, leading to solutions like blockchain for the industry.”

Gamer demographics and the rise of women

New accessibility to a variety of games is also rapidly changing demographics among gamers, particularly among women who are quickly approaching men in terms of purchasing power within the video game marketplace.

Mobile and PC gaming in particular have made it easy for women to play video games, leading to an increase year over year in total video game marketplace share for women. Additionally, data shows that 22 percent of esports teams are now female, and 30 percent of gamers on YouTube are women.

Research study findings revealed that the average number of hours spent per week gaming has increased by 33 percent since 2016 for gamers ages 15–19 while adults age 55-plus have increased video game usage by 16 percent since 2016. While 81.5 percent of Twitch users are male, research shows women are increasingly dominating the video game marketplace. In 2016, women represented 47 percent of the video game marketplace, and in 2019, that number is expected to change to 50 percent. 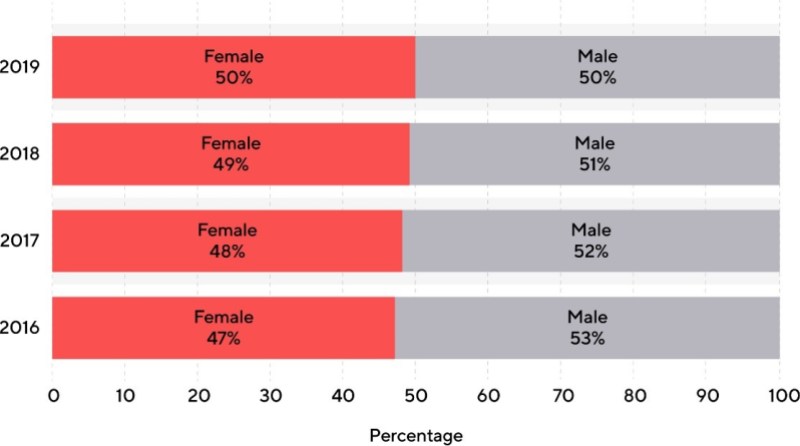 Above: Women are making a difference in gaming.

By 2020, it is projected that 51 percent of gamers will be women, the first time women will surpass men in the category, representing a fundamental shift in gaming due to the rise in mobile gaming.

Mobile analytics and sales reports are showing that more than 75 percent of female gamers are playing on mobile phones, and 60 percent are playing on tablets; 68 percent of the mobile game revenue is coming from females.

“Now that developers know their audience is relatively split evenly between sexes, we believe there will be an increase in female lead characters and new games designed with both parties in mind,” said Yum. “With the right game, female influencers will eventually rise and play a major role in the Leisure Economy. As for purchasing power, we believe it won’t be affected by sex but by the actual influencer’s unique personalities, traits and offerings.”

The future of gaming: esports, influencers, and Twitch 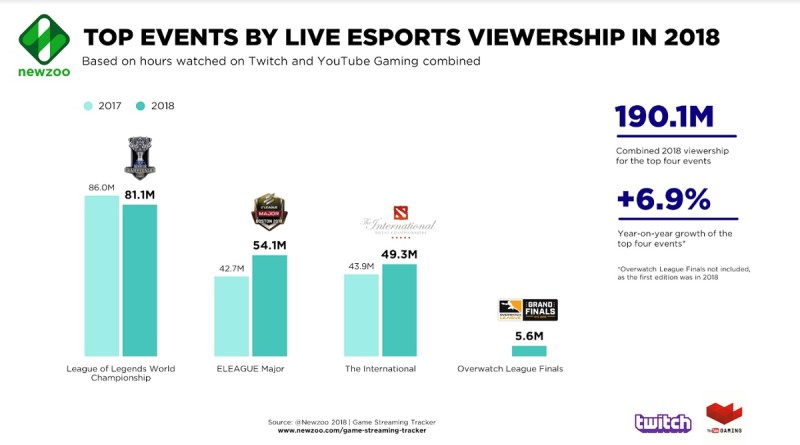 Professional gaming has continued to evolve with new structures set by powerful leagues like Overwatch and esports teams, which now hold significant monetary value in the space. In fact, esports events have become so big that their total monetary value surpasses the biggest events on the planet, including the Super Bowl.

Research study findings reveal the rise of esports and influencers, supported by global communities like Twitch, will lead to drastic increases in nontraditional revenue streams — potentially equating 60 percent to 70 percent of revenue for gamers — including ad revenue, subscriptions, sponsorships, and donations. 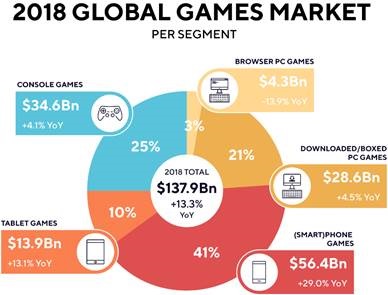 Above: The global games business

Gamers have the most earning power between the ages of 18–24, with many gamers forgoing college to join a clan or play full time while others are seeking colleges that view esports and gaming as a legitimate profession.

“With the exception of YouTube, Twitch has undoubtedly been the most disruptive service that has changed the video gaming landscape,” said Yum. “They created a social platform that not only unites gamers with their audiences, but allows them to express their unique personalities. More importantly Twitch shifted the entire gaming ecosystem by giving gamers substantial power through their influence and new revenue streams.”

YouTube, Twitch, and the many other media channels created for the industry are the key drivers behind gamers becoming celebrities and influencers within the industry. The earning power of video gamers as part of the Leisure Economy is so significant that four of the top six YouTube earners are video game influencers — all earning more than $10 million annually from their channel alone.

The Twitch platform is also changing the way games are being made and updated. For example, a major Hearthstone interactive integration with Twitch was updated so viewers can interact with the player’s cards in real time. Meanwhile, pro gamers are finding new audiences for hardcore, difficult games like Dark Souls — with average compensation based on donations increasing by 550 percent since 2016.

With the advent of “Twitch Bait,” something that keeps both the streamer and the audience interested and engaged, the expectation is that donation-based compensation will only continue to increase.

“In summary, our findings show that the Leisure Economy is not just growing — it is booming,” said Yum. “We expect this growth trend to continue into the foreseeable future. There is no ceiling for the

industry, and there is definitely no ceiling for the Leisure Economy.”